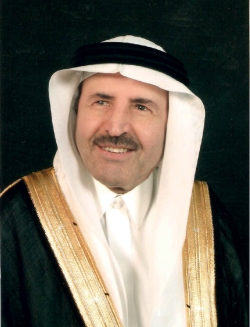 Chairman of the Board, Abdulaziz Alsaghyir Holding

Abdulaziz Al Saghyir was trained as a civil engineer and joined the Roads and Bridges Department in the area of Design and Supervision in the Ministry of Transport. He served in the government sector until he resigned from the position of Chief Engineer to establish his own engineering consultancy. He is Chairman of the Board of Abdulaziz Alsaghyir Holding, which is a closed joint stock company holding several subsidiaries such as the Abdulaziz Alsaghyir Commercial Investment Company, the Sell Company for Research and Development, the Batek Saudi Arabia Company, and the Advanced Medical Equipment Company among numerous others. He holds a BS degree in Civil Engineering from the University of Kansas in the US.

Share on:
How did Abdulaziz Alsaghyir Holding come about? Our company actually started over 30 years ago, and the business was largely built around contracting and trading. My brothers and I subsequently […]

How did Abdulaziz Alsaghyir Holding come about?

Our company actually started over 30 years ago, and the business was largely built around contracting and trading. My brothers and I subsequently decided that the best course of action was to head our own companies, with separate operations, management, and profiles. That was more than 15 years ago. At that time, there was a national boom in contracting and trading, and, being a civil engineer by profession, I decided that this was the right field to be in. Then, on a continued growth path, we diversified into investment, both local and international. Perhaps one of the major investments we made was when the government decided to liberalize the telecoms sector. It was the second license in Saudi Arabia. I was one of six business people bidding for it and fortunately proved to be successful, paying around SAR12.5 billion for the license. Since the inception of that company, known as Mobily, I have been the Chairman. Luckily, its performance has been fantastic and we see it sustaining the same trend of excellent growth in the future. We have also been dealing with other investments, in the banking, equity, and real estate markets, both locally and internationally. When our company started to grow, we established a vision for bigger projects, such as airports and infrastructure in association with well-known companies. Today, we are bidding for airports and several other projects. In addition, we have also, in collaboration with other businesspeople, established a type of corporation for international investment.

Where do you see the most potential for growth and investment in the Saudi economy today?

Growth has mainly been in the infrastructure sector. There are many airports and railroads being built, be it the expansion of existing infrastructure or new projects. The last two years have seen many new projects take shape, and I think this is where the growth will be for the next few years. In addition, I have observed a rise in the services and petrochemicals sectors. Meanwhile, the huge investment in petrochemicals will spell potential for the downstream industry.

Are there any plans for regional or international expansion?

Yes, we have established a new division at our firm called the Alsaghyir Food Company. We plan it to be a flagship operation, and have already commissioned the consulting firm and started acquiring companies, both locally and internationally. We are talking about the takeover of several companies in the UK, Turkey, and the UAE. Rather than opting for the greenfield approach, we thought it best to take over existing companies with growth potential, and this is what we are doing today. The business scope will encompass the processing or importing of food, and expand vertically or horizontally.

How do your operations move the country toward a more diversified economy?

We have no businesses in oil and gas. Unfortunately, our economy is, to a large degree, dependent on oil. There are several things we cannot do, such as agriculture. In that respect, one of the only paths involves petrochemicals and related businesses. There are also opportunities in mining, but we really need to utilize the downstream sector. Services could also be improved and better utilized.

What are your feelings on renewable energy in the Kingdom?

The government is keen on renewable energy, although it has been expensive. Yet with new technology, it is starting to become affordable. Even though we have a steady supply of crude, the government is starting to notice an increase in the local consumption of oil. Officials are considering solar options, in addition to perhaps establishing a department for nuclear energy. This is all because of increased local demand.