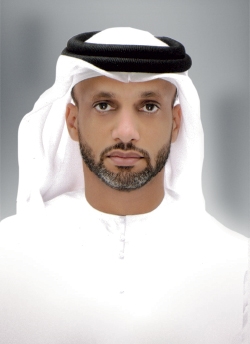 Saeed Ghumran Al Romaithi is a graduate of California State University in Electrical Engineering. He has worked for over 14 years in the industrial field, with broad experience in operating direct reduction iron-oxide-, electric arc furnace-, and blast furnace-based manufacturing facilities. He first joined Emirates Steel as a Production Manager in 2011, and is currently the CEO of the company.

Share on:
In recent years, Emirates Steel has committed AED10 billion to a two-phase expansion plan. How has this investment transformed the company? On September 26, 2012, we inaugurated the completion of […]

In recent years, Emirates Steel has committed AED10 billion to a two-phase expansion plan. How has this investment transformed the company?

On September 26, 2012, we inaugurated the completion of our AED6 billion ($1.6 billion) Phase II expansion program. This Phase increased our total production capacity to 3.5 million metric tons per annum (MTPA). We launched our two-phased expansion program in June 2006, completing Phase I in June 2009 at a cost of AED4 billion ($1.1 billion). This has more than doubled our production capacity and made our company the largest integrated steel plant in the UAE, capable of manufacturing raw steel from iron oxide pellets. Our expansion has both directly and indirectly created over 2,000 jobs in the country; in parallel, many high-profile technical job opportunities have opened up for our UAE nationals. Today, we are the leading producer of rebar, and we are recognized as one of the foremost wire rod producers in the GCC. Besides our finished rebar and wire rod, we also have the capacity to produce and sell direct reduced iron and steel billets as semi-finished products. More significantly, we are now the sole producer of structural steel in the MENA region.

To what countries are you currently exporting?

Our domestic market share increased in 2012 to approximately 60%. This has been achieved through targeted efforts to support key customers and by pursuing sales policies that assist in bringing stability to the local market. Apart from focusing on domestic markets, where we sell nearly 70% of our products, we have exerted sustained efforts in increasing rebar and wire rod exports to regional markets, with a year-on-year increase of 67%, our most significant export markets being the GCC states, followed by Southeast Asia, India, Pakistan, and Iraq, where we sell the remaining 30%. We have the capability to produce and sell a wide range of heavy and jumbo structural sections from 0.2 meters to 1 meter in depth. We anticipate that GCC demand for sections is currently around 1 million MTPA. This market is further expected to grow at 3%-5% per year for the coming decade. A significant proportion of our structural sections will be sold in the GCC market, while the remainder will be exported beyond the region to Arab countries, Europe, America, Australasia, the Indian subcontinent, and Asia.

The meteoric rise of the company has always been in line with the Abu Dhabi Economic Vision 2030, which maps out the government’s long-term plans for the diversification and development of the Emirate’s economy. Each step has been made to ensure that we grow in parallel to the sustainable economy of Abu Dhabi, making provisions for global competitors within the Emirate’s borders. As such, our ambitions run far and wide to become the leader in our area of expertise and in turn reduce reliance on imports. The main goal behind Emirates Steel being established was to serve the downstream sector, especially the smaller industries coming from the steel sector. Of course, we want to help create jobs for UAE nationals, which is one of the core areas the Abu Dhabi government has chosen to focus on.