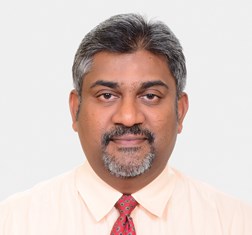 YBrs. Ir. Dr. Sanjayan Velautham was appointed CEO of SEDA in 2019. He holds a doctoral degree in engineering and is a senior member at the Institution of Engineers Malaysia. He is also an Advisory Board Member for the Asia Pacific Energy Research Centre, Japan. Prior to this, he was Executive Director of the ASEAN Centre for Energy in Indonesia. He started his career at Tenaga Nasional Bhd. in Malaysia, including several years as an Associate Professor at Universiti Teknologi Malaysia. He moved to Singapore in 2008 as Deputy Director with the Agency of Science, Technology and Research.

How do you assess Malaysia’s transition toward becoming a climate-resilient green economy?

Malaysia is among the 197 signatories of the Paris Agreement 2016, aimed at reducing carbon emissions by 2030 and pledged to cut its greenhouse emissions by 45% by 2030, and has undertaken a number of mitigation and adaptation strategies to tackle climate change. From the energy perspective, we focus on reducing our dependency on petroleum products, mainstreaming environmental considerations, while ensuring reliable, affordable energy and safeguarding energy security. The promotion of renewable energy remains a priority for Malaysia, and we have set a target of 20% renewable energy in the installed electricity capacity mix by 2025. The intention is to shift from the conventional path to a greener trajectory—green growth—which will ensure that socioeconomic development is pursued more sustainably. Green growth is therefore a game changer because it is not just a standalone strategic thrust, but a development trajectory that considers all three pillars of sustainable development—economic, social, and environment—and better prepares the nation for future challenges. The Global Energy Transition Index 2019 by the World Economic Forum ranks Malaysia the highest among the emerging and developing Asian region. Its energy access and security scores are also among the top 20 out of the 115 countries analyzed. This augurs well in terms of our readiness to transition toward more renewable energy in our mix. Another significant statistic reported out by the International Renewable Energy Agency (IRENA) recognized Malaysia as the ASEAN region’s biggest solar PV employer, with more than 54,300 people working in the industry in 2018 up from 40,300 in 2017.

What improvements have been made to the Net Energy Metering (NEM) scheme this year?

Under NEM, energy produced from the installed solar PV system is to be consumed first, and the excess will be sold to Tenaga Nasional Berhad (TNB). Since January 2019, under NEM 2.0, a one-on-one offset was introduced to the system, where every 1kWh exported to the grid will be offset against 1kWh consumed from the grid with gazetted tariff. An eligible consumer with excess energy is allowed to export it to the grid offsetting it at the same consumption tariff provided by TNB. This revised program gives better returns of investment and increases electricity savings per month to the owners of solar PV systems. It has a quota of 500MW ending in 2020. Under the previous concept, NEM was based on net billing, and the fixed rate for excess solar electricity sold to TNB was lower than the typical average electricity tariff of the residential customers. Consumers can implement rooftop solar on their homes and commercial, industrial, and agricultural business premises to support Malaysia’s green agenda while saving costs on electricity. As for service providers and investors, renewable energy resources represent a potential source of jobs and economic development. The new NEM program is a boon for consumers, as they can now net off their excess electricity to TNB at the same rate that they buy from the utility company, allowing them to save more in electricity bills every month. Since the NEM’s revised scheme was introduced in January, there has been an encouraging growth in NEM’s take-up rate. As of June 2019, a total of 25MW of NEM has been approved, compared to 18.24MW total in 2018. According to a study by SEDA, the 500MW of NEM quota is expected to generate an estimated 15,000 employment opportunities and MYR2.5 billion capital investment in solar PV systems. Peninsular Malaysia has approximately 4.1 million buildings with an estimated technical potential of 37GW. The greater take-up of solar PV rooftop generations will help the government to achieve its aspirational renewable energy target of 20% of the national installed capacity mix by 2025, excluding large hydro. Solar PV rooftop installations will help democratize the electricity market and engage the public at large to be part of solution to climate change.