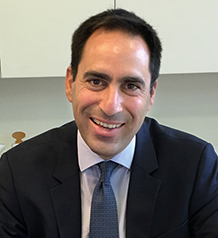 Share on:
Despite the chronic waste, water, and electricity problems facing Lebanon's overburdened grid, the country still remains a repository of inventive problem solvers keen to employ their expertise on the country's problems.

What motivated you to get started in this field?

ALBERT KHOURY Power cuts are a regular feature of the energy sector in Lebanon, and for me, they presented an opportunity. In evaluating the issues of the sector, we must consider the sector as a whole. We consider distribution, transmission, and generation. It is not difficult to realize the problem is the generation aspect. In order to improve this aspect, we had to look at the resources that are available for generation in Lebanon. In terms of this, we realized there were plenty of solar and wind resources. This was in 2008. We signed an agreement with the ministry to produce a 60-MW project. The ministry wanted a long-term solution for the power cuts issue, and in order to have sustainable energy production, we believed we should focus on wind power. As of 2008, we carried out several environmental studies. In 2010, the government revealed information on the best location for wind resources. It is no secret that Lebanon has some of the best wind resources in the region. We did the research and chose this site.

NOHAD I. BOUDANI The Lebanon Green Building Council started in 2008. The main mission for us at that time was to promote green buildings because at that time no one had any idea about it in Lebanon. Asking anyone 10 years ago what a green building was, they would have said the color was green. We saw that it was all about awareness. We are still trying to make people aware of green buildings, what the idea is, and why it is important. In Lebanon, we have an energy and electricity crisis, as we do not have enough production to meet consumption, which leads to cuts. They were always thinking about making more energy from fossil fuels to cope with the demand, but it is not the solution because consumption is going to increase every year unless there are better ideas and policies for energy efficiency. The solution for us at that time was to lower our consumption and add some power plants as a compromise. We also have a crisis of water due to bad management, in addition to the waste management problem. It is bizarre to have a waste problem in 2016. We also did not have an understanding of the importance of indoor air quality or what is now called the indoor environmental quality.

What are some of your goals going forward?

AK Lebanon will play a huge role, hopefully, as an exporter of renewable energy when Syria comes back to the market. It is important for the government to fund these projects because it has a huge potential for solar and other energy sources. We have the data, information, availability, and willingness to provide the service. Syria does not have a lot of oil, but it does have wind and solar resources. Unfortunately, some countries are ahead of us, such as Turkey and Jordan. We hope the government will push hard enough from Lebanon to be aggressive in Syria and get ahead of the competition. In Lebanon, contrary to developed countries such as Spain, France, or the US, the cost of production is much lower. That makes the costs of our renewable energy services competitive. As a result, we do not require subsidies or financial incentives from the government, but we do need them to establish a proper legal framework for us to operate, including investments in the sector.

NB We are working with LIBNOR, which is a Lebanese institution in charge of producing Lebanese standards, and we are part of the committee that is in charge of establishing green standards, called the TC 205. This project will take about one year to finish. This standard is going to be a big jump because we do not have a green standard here in Lebanon. First, we have to establish a standard and then make it a law. A standard is not compulsory, but the law is, so the first step is to have the standard then we will work on making it the law. We have already made green criteria into a book that is free; this was done in collaboration with several other engineers, and readers learn about technologies and ideas on how to be green. Also, one of our projects is to develop another version of ARZ rating system for new construction and to develop the green course in collaboration with the order of engineers and architects in Beirut and candidates can attend this course and will earn a certification as a green expert after succeeding an exam. We will still work with local authorities to promote green schools, streets, and roofs.