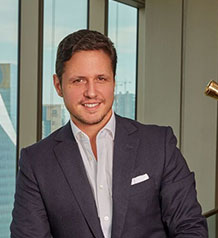 Prior to his current position, Ozan M. Ozkural set up the Turkish arm of VTB Capital, Russia’s second largest financial institution. Previously, he had spent over seven years at Merrill Lynch London (subsequently BAML), where his responsibilities included Turkish capital markets and financing. He started his investment-banking career in the Global Structured Finance and Principal Investments team of Merrill Lynch, and originated and oversaw the execution of over USD48 billion of deals across both global emerging markets and Western Europe within the illiquid/mezzanine financing. Before this he worked at Unilever, having joined as a management trainee, and held the position of a Business Group Finance Manager. He holds a BA in Management Studies from the University of Nottingham (2001) and is an ACMA charter holder.

Share on:
"Emerging markets will improve globally, just because money is there and it needs a home. Inflows will continue, albeit more selectively."

How would you describe the genesis and evolution of Tanto Capital Partners since you co-founded it two years ago?

I am proud of our company’s growth and performance over these two years. Our investment thesis has always been based on creating value, and in this case we believe Tanto Capital Partner’s value proposition is embedded in being able to combine capital, world-class execution, and also the access we have to proprietary transactions across the world where we invest together alongside some of the world’s largest families. In this sense, we have started to morph into a niche merchant bank, one in which we offer advisory services focusing on the debt side of the capital structure and leverage the numerous years and billions of dollars of transaction origination, structuring, and trading experience the team brings together. What makes a difference in this regard is that, in addition to having worked in the world’s top investment banks and financial institutions for an average of 20 years each, the senior management have also worked together for numerous years. It is the trust, commitment, and firm value system that we bring to the mix which in my view creates the fundamental added value to our investors and clients alike. With this in mind, we are currently in the process of launching our first open-ended fund, giving certain high-impact UHNW individuals and their families the opportunity to participate alongside others in what we believe is one of the best risk-adjusted return trades of the past few years. This single-strategy fund is focused on acquiring the single B and equity tranches of European Collateralized Loan Obligations (CLOs). This opportunity is a niche one, driven by the need of the European Banks to sell down their exposure due to the impact of Basel III and Volcker rule which makes these assets much more expensive for banks to hold than it used to be. Ultimately, this is another example of Tanto Capital Partners adding value to their investors and clients alike. As the global macro-economic and geopolitical realities shift, investment opportunities that provide the best risk-adjusted returns for investors also change, which is where Tanto Capital Partners will always be present in identifying, originating, and executing these trades on behalf of its investors and clients.

What markets do you focus on primarily?

Tanto Capital Partners started as a fund, but we are now on the way to becoming a merchant bank. This wasn’t by design but by evolution. We focus on financing transactions, and ultimately we deal with debt and focus on the mezzanine and illiquid parts of the capital structure. We have transactions in Argentina, the US, Europe and Africa. The sectors of focus in our closed-end investment vehicle have primarily been oil and gas, energy and power, infrastructure, and finance, which means that by default we have been heavily involved in emerging markets. However, I believe in focusing on asset classes, sectors, and capital structure rather than any particular region, especially since there are so many cross-border opportunities that we do not want to miss. As value investors, our medium to long-term interest is in the energy and infrastructure sector, especially in those countries where the positive demographics and the emergence of a more affluent middle class offer development opportunities which could translate into rapid economic growth when supported by adequate infrastructure network. We see great opportunities to use private capital to finance such developments and to take over the increasingly large market left unserved by a banking system overburdened by increasing regulatory requirements.

What geopolitical shifts and risks are you currently watching?

The direction of global geopolitics, and the increasing risks surrounding multiple regions across the world, combined with a chronic deflationary and low rates environment has forced investors to take more risk in order to achieve the levels of return they seek. The current macro-economic situation is partially-driven by the global economic crisis of 2008, and the subsequent reaction to the crisis As various governments around the world bailed out the banks and started utilizing their significant financial muscle to ‘normalize’ the situations, what started as a financial crisis transformed in to a sovereign crisis. We are all now familiar with quantitative easing, or the printing of large amounts of money and increase of the money supply which has resulted in a deep compression of yields in both the short and long term and has resulted in inflated stock markets and asset prices across the globe. It is easy to criticize central banks and governments, as they had to deal with a level of severity not witnessed since the Great Depression. However I do think we need to acknowledge the flaws in this approach. Ultimately, what they have done is to kick the ball down the line and defer the inevitable, namely a significant and painful correction. Of course this is neither politically feasible nor realistic given the infinitely more globalized economy we live in compared to the 1930s. Right now, I do not think the lawmakers and central bankers quite know what to expect, particularly in Europe, which is looking at Japan’s current situation for an idea of what to expect going forward. We are also seeing an interesting yet dangerous worldwide social phenomenon with populist far-right and far-left movements such as Syriza in Greece, Podemos in Spain, the prospect of Trump presidency in the US, and Brexit all gaining traction. The sad reality is that young people in particular have become so hopeless and their belief in social mobility so deteriorated that they see no way out. Globally, US hegemony and power is being increasingly challenged, by China in the long term and by Russia in the short term. Add to this growing anti-western, anti-US sentiment that is fast spreading across the world, and the multiple serious conflicts in the Middle East, the Subcontinent, and Asia Pacific, and unfortunately the picture we see is one in which rising geopolitical tensions are growing.

What emerging markets would you say offer the best investment value right now?

I would say Mexico, India, China, and selectively Turkey, Argentina, and East Africa. I like Mexico, as the government has implemented significant reforms, and it offers the fundamentals of relatively rapid growth and has a significant part of its trade linked to the US. India, despite growing tensions with Pakistan and China, offers tremendous access to a fast-growing, large, and dynamic population. China, despite the slowdown of its growth and the various pockets of asset price bubble it nurses, is growing ever more important and relevant to the global economy. Turkey, although facing geopolitical and structural challenges, offers an arbitrage to investors that truly have a sense of what is going on in the country and can take a buy and hold position for two-and-a-half to three years, particularly within the fixed income space. Yes, the country has problems, and yes there are significant hurdles in rebuilding the dialog and trust with international investors especially in the aftermath of the attempted coup in July. However, the fear shown by most investors has been excessive considering the reality of the situation, and there are many selective opportunities in certain asset classes. In Africa, investors need to take a truly long-term view of more than ten years and differentiate between countries. Regarding the term of investments, I do not think it matters as long as investments are made in assets that yield a significant annual return in the form of dividends that can be upstreamed. The focus on the exit of the investment is one that is ambiguous, as IPO markers are nowhere near as sophisticated as most of the remainder of the emerging markets and direct sales may not take place easily in the short to medium term. Finally, Argentina offers an interesting case for shorter-term trade-related, or longer-term infrastructure-related investments. Although President Macri and his team are capable and have been the darlings of international investors thus far, their longevity will be the litmus test for those investors rightly questioning whether their almost revolutionary reversal of Kirscherist populist policies will mean that the population will suffer in the short term before things get better. Thus, opportunities do exist, but I think investors should moderate their excitement to take account of the reality that it will take time to change things around.

What are your forecasts for 2017 for both Tanto Capital and global markets?

Emerging markets will improve globally, just because money is there and it needs a home. Inflows will continue, albeit more selectively. The US will continue to do well, although the effect of the US election remains to be seen. Europe will start to feel the structural difficulties it faces and that will dominate the headlines, especially in relation to Brexit. I would expect the risk premium of EM debt to potentially go through a repricing, especially for countries such as Turkey, Russia, and even India. Capital markets will continue to play an important role. In my view, equities are significantly overvalued, and I fail to see how it can be sustained, and as such I believe credit is the space that will offer the best risk-adjusted returns for investors.