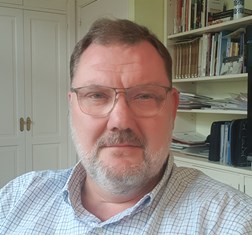 Gijs Jochems has been in his current position since 2005. Before that, he worked for Baxter Healthcare. He has a PhD in experimental immunology from the University of Amsterdam,

Share on:
With a portfolio of more than 4,000 products, Promega Biotech Ibérica works with the academic, clinical, and forensic sectors, with the clinical sector booming in the last year.

Promega, with a presence in over 50 countries, is the world’s biggest biotechnological private asset company. How has the company evolved over the last 15 years in Spain?

The company was founded in the US in 1978. Bill Linton, the founder of the company, began manufacturing one of the first restriction enzymes with a bioreactor and subsequently sold them to University of Wisconsin. Since then, the company has grown to more than 1,800 employees. It now has 16 subsidiaries reaching almost 100 distribution channels. We also do forensic work and human research, such as the genetic profiling of individuals convicted of blood crimes. This information in available in the international database, for example CoDIS, which collects information on those people who have committed these types of crimes. In 2005, I was contacted about opening a subsidiary in Spain, which I accepted, and we inaugurated the subsidiary in Spain that November. We started with 10 workers and now have 27. Currently, the company has a worldwide turnover of USD750 million, of which the Spanish subsidiary has contributed USD15 million.

Promega has several business areas such as basic molecular biology, academic research, forensic sector, clinical research, and so on. What are your main business lines in Spain?

Our clients are those who wear lab coats and have a pipette in their hands, regardless of the sector. At the beginning, one of our strongest sectors was academia, with clients including the Center for Genomic Regulation (CRG) in Barcelona. We were mainly focused on the genetic side of things. Ultimately, the three most important areas for this company are the academic, clinical, and forensic sectors. In the early days of the company in Spain, we had a predominance in the public sector, such as university hospitals, CSIC centers, and state security forces. Meanwhile, the biotechnology, pharmaceutical, and some food sectors are in the private sector. Currently, 40% of our work is with the private sector and 60% with the public sector.

What was the pandemic like in the company, and how has it been affected by it?

We are one of the major producers of the polymerase enzyme. With COVID-19 tests, demand for this process has dramatically increased. In a month, demand for raw material increased 100 times. We were overwhelmed even though we are a global company, and we also have a number of locations in China. Promega was the first biotech company to sign a joint venture with the Chinese government. In the case of our production sites in the US, shifts were increased to meet demand. We had to make several changes to adapt to the situation. For example, we now have an extraction device that allows to analyze several samples at the same time, and it has been possible to extract the RNA in just half an hour. This made it possible to meet the entire demand. Promega worked mainly in the hospital sector. Due to COVID-19, the academic side of the business came to a standstill, as did the pharmaceutical industry. However, we had exceptionally solid numbers in the clinical sector and managed to double our sales volume.

On a group-wide basis, 10.8% of the company’s profits are allocated to R&D. How do you evaluate this investment in Spain and in general?

Spain barely reaches 1.2% of GDP expenditure on R&D compared to the European average of 3% and 5-6% in Germany, the Netherlands, and the UK. Furthermore, there is no strong tradition of technology transfer or partnership with industry here. When it comes to partnerships, we have no problem taking knowledge and ideas from universities and financing projects channeled for public use so that they can be directly transferred to society. In short, much more is needed if we want to be more competitive. One of the solutions may be to improve university education and give it a more entrepreneurial touch. The objective is to focus on training young people.