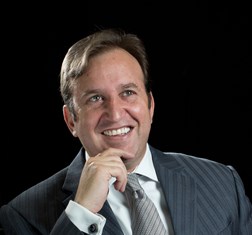 Ricardo Dueñas is the president of Grupo Ekos, Ecuador’s leading publisher of business magazines since 1994. He has been heading the Ecuador Network for UNGC since 2016 and is the CEO of Great Place to Work in Ecuador. Dueñas obtained his law degree from Pontificia Universidad Católica del Ecuador and holds a postgraduate degree in financial management from the Instituto Tecnológico de Estudios Superiores de Monterrey.

Share on:
Gradual but definite social, political, and legal changes are needed to ensure that Ecuador sees its human development potential become reality.

Could you tell us a bit more about the UN Global Compact and its guiding principles?

UNGC focuses on four key areas: human rights, labor, the environment, and anti-corruption. UNGC has become the most important global initiative focused on planetary sustainability, bringing together the UN, the private sector, and academia. This is a voluntary initiative; however, whose robust proposal has motivated over 10,000 business leaders around the world to include their companies in broader effort. In Ecuador, the network is growing with a strong show of commitment. It is clearly the fastest-growing network in our region. In 2016, when Ekos took over the network’s presidency, we had only 41 affiliated organizations, and by the end of 2018, we expect that number to grow to almost 200. This is possible as a result of both broad awareness generated about our efforts and a value proposal that truly makes businesses stand out.

Ecuador’s economy has traditionally been based on low added-value products and been highly dependent on oil. How can it move up the value chain in a sustainable fashion?

There is a major opportunity for us to really focus on sustainability, which means everyone working purposefully. What we need to do is generate stronger productive chains, apply new technologies, and migrate to using clean and renewable energy. Ecuador has enormous potential for these types of energies. To generate value, we need to promote technology transfer programs and boost heavy industry, eliminating our nation’s dependency on imported supplies and creating efficient mechanisms to attract investment.

How can the political and capital forces driving the country’s industry commit to a future that includes sustainable energy?

Progress has definitely been made in creating a regulatory framework that protects the environment. Despite the many issues called into question relating to the recently built hydroelectric plants, they give the country the possibility to generate clean, renewable energy; however, we need an actual change that will force industries to use renewable energy sources, since at this time, most of them run on fossil fuels—mostly diesel and natural gas. This is the area where authorities and business leaders are facing the greatest challenge. If we do not change our sources of energy, the earth’s resources will be used up, and no businesses will be sustainable in the future. One important part of this change means that it is time to rethink Ecuador’s fuel subsidy, since it constitutes the main obstacle to making the changes that are truly needed.

In August, a new law was passed to promote production. What impact will this have at a nationwide level?

The law does make some interesting contributions, though it is insufficient to achieve its stated goals. On the one hand, it creates tax incentives for companies and their investments; at the same time, however, it does not resolve the underlying problems that keep investors from seeing Ecuador as a country that is a safe and attractive destination for their investments. It resolves neither the problems related to our economy’s competitiveness nor our strict labor and tax policies. It is expensive to produce in Ecuador, and we are isolated from international markets. To attract investment, potential investors need to have guaranteed tax breaks combined with the ability to do business in a safe, sustainable environment with clear rules that are maintained over time. Competitive production costs—wages, taxes, and services—are needed, as well as the ability to reach international markets through bilateral agreements. To do this, the country needs to redefine its objectives. This process should begin by changing an out-of-date labor system that protects the small minority of Ecuadorians who actually have a job. The fact that the majority of people in this country do not have a formal job is an abomination. It is also important that we work to create strong institutions and legal security, which are two key changes that will attract investment. We also need to put an end to the absurd capital outflow or remittance tax, which creates an extra cost that puts Ecuador at a disadvantage compared to more attractive markets. These changes can be made gradually, though the decision to do so needs to be made immediately to implement a serious plan that includes measures to stabilize the economy, especially in fiscal terms.

To move the country up in the world business rankings, improved transparency is one of the key priorities. How can this issue best be addressed?

The Odebrecht scandal and other political corruption situations throughout Latin America are a clear sign of how sensitive the issue of corruption is in our societies and how it permeates every level of our communities—businesses, households, and government. Corruption and the lack of transparency is the main problem that needs to be resolved in Ecuador and Latin America. There is no easy solution, since it is an epidemic that has expanded so rapidly and yet existed for so long, at all levels of society, that the only way to control it is by enforcing the law as strictly as possible, with no special treatment. Doing that means guaranteeing the independence of our various branches of government and eliminating political influence in the justice system, our prosecutors, and control agencies. This is not happening in Ecuador right now, though it would be the first step in beginning to work toward wiping out corruption at all levels. The issue here is not making stricter laws, but rather enforcing the existing ones, no matter who is affected.

What is your outlook for next year?

Ecuador’s economy is going through a delicate period following fiscal, commercial, and price imbalances that we inherited from 10 years of policies focused on favoring public spending over private investment. As a result, our economy needs to make certain adjustments that have a direct impact on commercial activity. This means we are looking at 2019 with a low level of economic performance, with growth of somewhere between 0 and 1%; we continue to have latent needs to take on debt and at the same time are facing potential restrictions on lending due to the low level of liquidity in the economy. While it is true that adopting the US dollar as our national currency took away a certain level of competitiveness from Ecuador, the policy allows our economy to make it through these challenging times with monetary stability. This, added to the strength of our financial system and the recovery of oil prices, will help sustain the economy without continued deterioration.