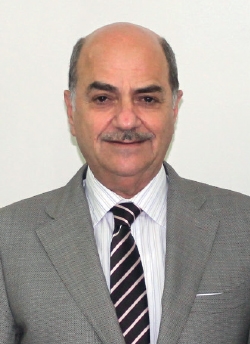 Minister of Energy and Water, Lebanon

Arthur Nazarian was born in Beirut in 1961 and studied Textile Engineering in the US. He is active in the trade and industry sectors, owning several companies in the Gulf. Previous governmental positions have included serving as Minister of Tourism and Environment. He was elected as a deputy in 2009.

Share on:
What prospects are there for offshore hydrocarbon drilling? Advanced seismic surveys have been conducted offshore. The interpretation of this data is ongoing, resulting in very promising prospects for hydrocarbon resources […]

What prospects are there for offshore hydrocarbon drilling?

Advanced seismic surveys have been conducted offshore. The interpretation of this data is ongoing, resulting in very promising prospects for hydrocarbon resources spread over the whole offshore, extending from north to south and from shallow to deep waters. These surveys provide excellent estimates of the hydrocarbon reserves; however, they need to be confirmed through drilling wells. Accordingly, the bidding round needs to be concluded before an exploration and production (E&P) agreement is signed to initiate the exploration activities.

What infrastructure needs to be further developed to fully benefit from the process and end goal of extracting petroleum?

The current plans of the Ministry to build the floating storage and regasification unit (FSRU) and the coastal gas pipeline are vital for the supply of gas to the power plants and local industry until the offshore gas is extracted. The coastal pipeline will be used for the transportation of offshore gas once produced. In addition, based on the size of the discoveries to be made, as well as the market options, additional infrastructure needs to be built. This will be detailed in the development plans to be prepared after discoveries are made and assessed.

How will the development of Lebanon’s oil and gas industry benefit the Lebanese people and the international community?

The oil and gas industry will have direct and indirect benefits to the national economy. The direct investments will boost the local economy, which will provide the goods and services needed by the IOCs and provide new employment opportunities for the Lebanese youth. The Ministry and the Lebanese Petroleum Administration (LPA) have put in place a strong policy for local content, whereby IOCs are required to employ up to 80% of Lebanese nationals in their workforce. This target is to be met gradually. In addition, goods manufactured in Lebanon will have a 5% cost incentive, and 10% for services provided by Lebanese companies. The benefit during exploration and production is vital in order to ensure that foreign investment benefits the local economy. Lebanese gas will boost the industrial sector by providing a secure and affordable source of energy. Currently, the energy bill represents a burden, hindering the growth of local industry. In addition, petrochemical industries and industries with high energy demand will have an opportunity to grow and prosper, thus providing new sustainable job opportunities. The availability of Lebanese natural gas will be vital to secure a clean affordable energy source to generate electricity. The Ministry’s plan is to have all existing and new power plants operate using natural gas. This will cut the energy bill of Electricité Du Liban (EDL) and thus ease the budgetary deficit.

Is Lebanon on track to meet its targets for renewable energy by 2015?

Back in 2009, the Lebanese government committed itself to reaching 12% renewable energy use by 2020. The Ministry of Energy and Water, through the work of the Lebanese Center for Energy Conservation (LCEC), has launched different initiatives toward achieving this challenging goal. Currently, 5%-6% of Lebanon’s electricity generation comes from renewable energy sources, namely hydropower, solar thermal, and recently solar photovoltaic systems. Should the wind farm projects became a reality soon, the 12% target could be easily achievable.