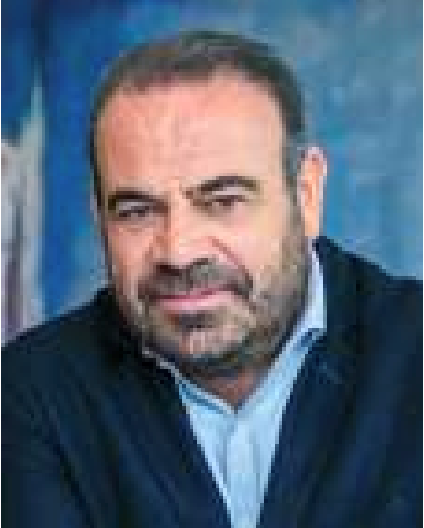 The Vice Chairman & CEO of the group since 2009, Gabriel Escarrer Jaume represents the second generation of what today is known as Meliá Hotels International, a multinational company with over 380 hotels in 45 countries of four continents and a member of the Ibex 35 stock market index. As the first executive of the group in the last decade, he has led its expansion and the diversification of its business model, as well as a profound digital and cultural transformation to keep the company at the forefront of the industry

With 22 hotels on the island, Meliá Hotels International continues to improve its offerings by betting on innovation and the diversification of the tourism model of Mallorca.

How would you describe Meliá’s history as a Mallorcan company and its success in exporting its tourism knowhow to a large number of countries?

Meliá’s history can only be understood based on its foundation in Mallorca, one of the cradles of holiday tourism on a global level and the land that witnessed the birth of visionary entrepreneurs such as my father, Gabriel Escarrer Juliá, founder of the company, and many others. From Mallorca, and after achieving hotel leadership in the Baleares and Canary Islands, we took the leap to the peninsula, and subsequently in the mid-1980s, we built our first international hotel in Bali. From that moment until today, in which we operate over 380 hotels in 45 countries with almost 100,000 rooms, our Mallorcan origins have marked us. They have allowed us to apply our pioneering know-how in some of the best holiday destinations of the world, such as the Caribbean and Southeast Asia, and allowed us to take our Mediterranean essence of hospitality and savoir vivre to other regions of the world, merging with other cultures and environments. I am proud to also say that we have always been ambassadors of the Spanish brand, which holds a high power around the world regarding tourism.

What does the island of Mallorca mean today for Meliá Hotels International?

Although Mallorca remains a popular destination, it keeps on improving its position as a quality destination. Meliá Hotels International is still present here, with 22 hotels, additionally betting on the innovation and diversification of the tourism model of Mallorca, with cutting-edge hotels, introduction of lifestyle brands, a growing focus on the luxury segment, and high-potential products to diversify and de-seasonalize tourism with infrastructures such as Palau de Congressos de Palma and its annex hotel, Palma Bay, which we have been operating since its inauguration. Finally, it is important to highlight our commitment to Mallorca, which is reflected in ambitious and committed projects such as the reconversion of our entire hotel offer in an area such as Magaluf. It has gone beyond being a hotel renovation and has become an exemplary project of how to reconvert a “mature” coastal destination in a quality, competitive, and sustainable destination, thanks to public-private collaboration.

Despite the tourism recovery process, Meliá Hotels International continues to bet on international expansion. What can we expect for 2022 in this regard?

For us, Spain is the main market, both as a tourist feeder market and as a destination country. Meliá is a leader and specialist in holiday hotels, which is why in the next 10 years around 80% of our expansion will take place in three major regions: the Mediterranean arc, the Caribbean, and Southeast Asia, where we are one of the top hotel chains in countries such as Vietnam and Indonesia. For 2022, as we recently present in FITUR, we have 11 openings planned so far in said regions.

How is Meliá Hotels International accelerating its plans in the transition toward a sustainable hotel sector?

For Meliá, sustainability is a priority issue that has formed part of our strategic plans since 2008; however, ever since the 1980s when my father made a first contact in Bali, our company assumed a commitment to the world and the communities in which we establish ourselves. Today, we are the most sustainable hotel chain in Europe and Spain for 2021, according to the Corporate Sustainability Assessment drawn up by Standard&Poors Global, and the second one worldwide, and we will maintain our commitment to improve and progress on an issue that is not only increasingly important for our clients, but also subject to a stronger regulation as global awareness toward climate change increases and in accordance with the UN Global Compact, which establishes the SDGs for 2030.