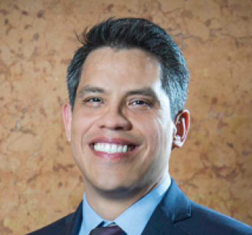 Francisco José Quiroga Fernández studied economy in the Autonomous University of Nuevo León (UANL) and has a master’s in international economics and development from Yale University and a master’s of operations research from the University of Auckland. He has over 20 years of experience in the metallurgical mining industry, both nationally and internationally, as well as in intentional commerce and the negotiation of trade agreements in the entire supply chain. His first experience in the Secretariat of Economy was from 1997 to 2002 as director of trade remedy agreements. He was also director of strategic development and later international planning for Grupo Villacero, director of strategic planning in ArcelorMittal México, and director general of Coutinho & Ferrostaal (now C&F International).

Share on:
"The industrial sector in Mexico can benefit from locally extracted mining inputs such as copper, silver, or iron."

What is your general vision as undersecretary of mining?

The current administration looks at mining not only as a sector that can generate jobs and economic activity in remote regions but also as a competitive lever for manufacturing in the country. Mexico is a manufacturing power. The industrial sector in Mexico can benefit from locally extracted mining inputs such as copper, silver, or iron. We want the sector to generate foreign exchange through exports and become a source of competitiveness when integrated into other manufacturing chains across the country. We believe in a future dominated by electro mobility and other similar technologies. All of this will require certain metals and minerals, which is why it is crucial to develop a strong mining industry. Mexico is a large producer of metals and minerals and has important metal deposits with great potential such as lithium, gold, silver, copper, zinc, and nickel. We want the mining sector to be a lever of competitiveness for productive chains rather than just being an export sector. We do not want a forced integration to maximize national content, but an integration that generates value and competitiveness. As a result of this, industrial activities will flourish in certain areas.

What can Mexico do to become more competitive over other mining markets in the region?

In cooperation with the industry, we have identified the most relevant cost and risk elements, such as paperwork, security, and road infrastructure, for example. Each of these elements define the competitiveness of a sector. Insecurity is another issue that greatly impacts companies; it is a multidimensional issue that involves unions, local authorities, and communities. We are working on a coordinated effort to improve the security situation. The process becomes easier if the companies have a security specialist with sufficient decision-making power to carry out initiatives jointly with us. If there is no security specialist on the other side or simply a security consultant who reports to the parent company in another country and cannot distinguish a real threat from a fabricated threat, the situation becomes more difficult. We have made important advances by connecting with certain counterparts that are informed and have the decision-making power to operate together.

Another challenge facing Mexico is that there are not enough large mines being developed to replace depleting projects. What does Mexico need to further promote investment in exploration?

This is a global trend and phenomenon. In Mexico, it is already several years old. We will address this problem in two parts. First, the Mexican Ecological Service has redefined its strategy; it not only acts as a deposit of technical, scientific, or geological information but is also a lever of competitiveness for the mining sector, generating information in a useful way. We are also aware that exploration activities in Mexico are not immediately deductible as a tax expense, and investors lack confidence in the certainty of rules. This distrust is justified to some extent because in the recent past, there has been an empowerment of some actors that were marginalized in the past. We must reach agreements with these newly empowered players to build an environmentally sustainable and socially inclusive mining sector.

We will continue working on improving the permitting process. We want a simple procedure where there is minimal intervention of human discretion to avoid possibilities of corruption. To that end, we are working on a digital system. We want the same to happen with the regulations that exist outside our direct field of action because they also affect mining. We are working with other government authorities to do so. We are evaluating mechanisms for the solution of bottlenecks so that a project that is stuck is treated in the most practical way possible. In 2020, we will continue consolidating a system of coordination between dependencies and the government.