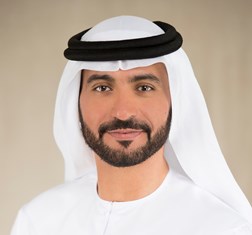 How important are PPPs models in ensuring growth in the food industry, and what role does ADFCA play in this context?

ADFCA plays a major role in the development of food industries in Abu Dhabi by empowering food importers and establishments in the private sector. ADFCA firmly believes that effective PPPs and integrated efforts are pre-requisites to ensuring food safety and the food sector’s development. This is visible not only through the specialized technical training ADFCA provides traders and companies regarding food-handling, but also through ADFCA’s strategic partnership with SIAL Middle East, an exhibition that looks at the whole food supply chain to bridge the demand-supply gap throughout the region. ADFCA remains committed to promoting the quality of local produce by introducing risk-analysis procedures and technologies, while supporting local farmers in the UAE’s through the Farmers Income Support Program. Farm owners who meet the necessary requirements—around 14,000 of Abu Dhabi’s 24,000, are eligible for basic financial aid of around USD21,770 annually, paid in monthly installments.

What are the latest strategic guidelines in ensuring food security within Abu Dhabi’s agribusiness environment?

By keeping up with the latest technologies in food processing, ADFCA seeks to adopt a full transition from routine inspections to a comprehensive verification model of self-monitoring and auditing of food establishments by the end of 2020. This masterplan will be achieved by introducing an intelligent control system to achieve efficiency in inspections and food control mechanisms; ensuring efficient inspections of the Emirate’s ports; and maintaining high food safety levels while promoting ADFCA as an internationally recognized leader in intelligent control systems.

Where do you see areas of growth and opportunity within the agricultural sector and what are some recent success stories of local companies?

Over the last decade, there has been significant growth in crop yields of fresh vegetables and livestock production. The UAE’s agroecological climate provides comparatively better opportunities for open field and greenhouse vegetable production in winter months. Farm infrastructure, efficient and rational use of natural resources, and farm inputs are factors in enhancing the yield per unit area. In the last three years, a 50% increase in crop diversification has been observed, as more than 60 different recorded types of vegetables were cultivated in 2017, compared to 32 varieties in 2013. These numbers are confirmed by the achievements of local actors. For example, Excalibur Farms in Al Rahba has increased its plant cultivars to 30 different varieties, compared to nine in 2013. Similarly, Elite Agro now grows 22 fruits and vegetable cultivars. In 2017, Alfalfa Agricultural extended operations to 10 farms from four in 2012, increasing the cultivated area by 230% and production by 320% with 25 cultivars. With one major retailer creating a Farmers’ Club for local producers who comply with sustainable certification requirements, and other retailers regularly promoting local products to increase consumption, there is confidence for local companies to expand.

What efforts are being taken to enhance Abu Dhabi’s reputation as an attractive destination for foreign investors?

ADFCA collaborates with federal and local authorities to facilitate the provision of services to investors in the food sector, including the Abu Dhabi Business Center, which was set up to issue electronic business licenses. Moreover, we participate in several food fairs, including hosting SIAL Middle East in Abu Dhabi for eight consecutive years, which facilitated around USD1 billion in deals in 2017 alone. The event involved more than 1,072 exhibitors, 34 international pavilions, and 26,044 visitors. We also participated in SIAL China 2017 to showcase our commitment to developing food-based commercial activities. In response to the creation of the Abu Dhabi Investment Office, ADFCA formed the Investment Committee, which has identified 15 essential areas of investment. As ADFCA is responsible for the entire food chain, the committee oversees inbound and outbound investment opportunities for animal, plant, and aquaculture value chains. The Investment Committee is mandated to encourage PPPs.