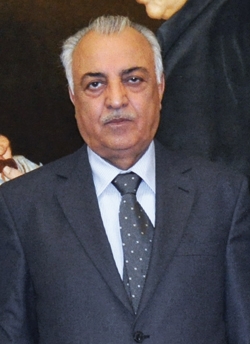 Abdolbari Goozal began his career alongside his father as an international trader, dealing with imports and exports between countries such as Turkey, Dubai, Iran, and Iraq. In 1981, encouraged by late President Turgut Özal, he shifted his base of operations to Ankara and founded the Etsun company. He continued to be active in international trade, building up a network of companies spanning much of the Middle East, and centralized his activities in the UAE in 1992. In 1994, he established the Intersun company in Dubai, dealing in international trade between South Asia, the Middle East, the Caucasus, and Switzerland. Intersun began its activities in Azerbaijan soon after the country’s independence, and it opened its first packaging plant in 1994, quickly followed up by a vegetable oil facility in 1995. Azersun Holding has grown prolifically in Azerbaijan, being involved in the FMCG, import-export, energy, and finance sectors.

Share on:
What are the roots of Azersun Holding and its ties to Azerbaijan? Azerbaijan is a young, but rapidly developing country walking with vigorous strides toward its goals. For more than […]

What are the roots of Azersun Holding and its ties to Azerbaijan?

Azerbaijan is a young, but rapidly developing country walking with vigorous strides toward its goals. For more than 70 years, Azerbaijan was a part of the Soviet Union. In the past, the countries included in the Union were connected by close economic relations. However, after the collapse of the Soviet Union, Azerbaijan gained its independence under conditions of economic and political crisis. Reforms were carried out in the country within a short period of time after the return of great political leader Heydar Aliyev. These reforms resulted in the renovation of the overall infrastructure of the country. Owing to the decrees of the President and the decisions passed by the government, a favorable entrepreneurial environment was established in the country. The high intellectual culture of the population redounded to the mastering of the management of the new technology we brought. As a result, we succeeded in establishing modern production enterprises capable of meeting the demands of the region. The geographic location, natural resources, large industrial component, as well as the intellectual and economic potential of Azerbaijan provided numerous opportunities for the country. Thanks to the successful continuation of the political course by President Ilham Aliyev, rapid development has been maintained and remarkable progress has been achieved in all fields of the country. For the purpose of developing the economy, especially the non-oil sector, a large number of new programs have been developed and business opportunities have been enhanced day by day. The adopted laws ensured the establishment of a favorable business environment in Azerbaijan, and, at the same time, encouraged the involvement of foreign investments in the country and the free activity of foreign companies in the Republic.

What have been some of the major achievements of the company?

I am confident to say that Azersun Holding enhances its business activities, opens new places of work, and develops day by day. Our business traditions in quality management, health, safety, and the environment are continuously developing. From the point of view of development, we appreciate the business environment established in the country and the assistance and support provided by the government for the enhancement of entrepreneurial activity, and we believe that such cooperation will play a significant role in the future development of our business. We aspire to the stable development of the non-oil sector that will provide innovations and benefits for the developing economy of Azerbaijan. The production capacity of Imishli sugar refinery, Masazir salt factory, Kurdamir dairy complex, Bilasuvar canning plant, Qazax canning plant, and the waste-paper recycling complex that we established in recent years enables us to meet the demands of not only Azerbaijan, but also other countries of the region. Our Azersun Agricultural Products enterprise, equipped with the newest models of agricultural technology, is a complex that has no equivalent in the region.

What are Azersun’s medium-term plans?

Azersun Holding will continue contributing to the development of the food industry in Azerbaijan as the executor of huge agricultural projects and set the continuous development of the domestic production standards of Azerbaijan as its key objective. For the purpose of achieving this goal, we attach the utmost importance to the improvement of the professional skills of our staff, ensuring the competitiveness of our enterprises and the high quality of our products.

“We aspire to the stable development of the non-oil sector that will provide innovations and benefits for the developing economy of Azerbaijan.”