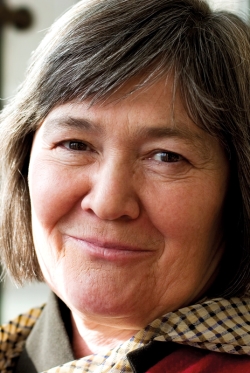 Clare Short has been Chairwoman of the Extractive Industries Transparency Initiative (EITI) since 2011. She was previously UK Secretary of State for International Development. She is the author of An Honourable Deception?: New Labour, Iraq, and the Misuse of Power.

Share on:
Up until recently, most people did not see Mozambique as rich in extractives. In fact, the 2010 Extractive Industries Transparency Initiative (EITI) report showed that the government received a total […]

Up until recently, most people did not see Mozambique as rich in extractives. In fact, the 2010 Extractive Industries Transparency Initiative (EITI) report showed that the government received a total of $65 million from its extractives sector in 2010 (up from $40 million in 2009)—$20 million from mining and $45 million from hydrocarbons. This represented less than 6% of government expenditure and 1% of GDP. Although revenues from extractives are already an important contribution to public expenditure, the growth of this sector is set to escalate massively. Investments, particularly in offshore gas and in coal, are increasing exponentially and there are indications that these will easily exceed $10 billion in the next few years. There is a hive of activity along the coast, with large-scale gas exploration following the stunning discovery in the Rovuma Basin. Vale’s mining operations look set to make Mozambique one of the largest coal exporters in the world, along with the gold and precious stones that are also being extracted throughout the country. It is a time of great opportunity. However, evidence from other countries demonstrates the enormous challenges of managing such massive growth in the extractive sectors.

How Mozambique governs its natural resources will determine its future. The EITI is one of the tools that Mozambique has chosen to help address this challenge. The EITI is a standard for annual disclosure and reconciliation of all revenues from its extractive sector. This allows citizens to see how much their country receives from oil, gas, and mining companies. On October 26, 2012, Mozambique was declared “compliant” with the EITI standard, meaning that companies and the government are reporting openly and accurately what is paid and received.

When I was in Mozambique in 2011, citizens were asking a lot more questions than just how much money is coming in. They wanted to know how much should be coming in, how much is being produced, who the companies are and what contribution they are making, what level of tax and royalty they are paying, where is the money going, what they can expect from it, and whether or not any money is going missing.

These are important questions for citizens to raise. The EITI creates a platform for these issues to be discussed openly. It can provide an open report of the numbers but it cannot provide the answers to these important questions, which must be thrashed out through public debate and through government systems of accountability. It is now for the Mozambicans to decide what more they want to use the EITI for. All stakeholders—the government, companies, civil society organizations, media, academia, parliamentarians, and international community—must do more to get useful information into the hands of the citizens and help generate more informed debate about how best to manage natural resource wealth. With that in mind, I would set out three challenges for the Mozambicans. Firstly, now that the country is EITI compliant, the EITI in Mozambique needs to consider going beyond the minimum requirements and try to contribute to a more informed national dialogue about natural resource governance. The 2009 Mozambique EITI report included a survey of whether companies would be willing to be transparent about their tax regime. That is a start, but I am sure that many would welcome additional information about questions such as production data, licenses contracts, and more. Secondly, the government should consider how it could integrate the EITI reporting into its own systems and ensure that EITI works in a complementary way alongside other reform efforts.

Finally, I hope that the data is also made more accessible and more useful to inform the public debate. There is a huge demand for more data, but it needs to be presented in a more understandable way and then disseminated, analyzed, and discussed to achieve better accountability. I think that 2013 is going to be a critical year for Mozambique. I hope that by the end of the year, its people, particularly the poorest people, will begin to see the fruits of its natural resource boom.