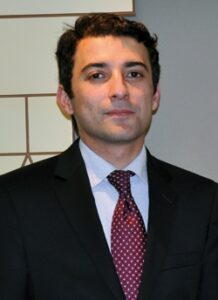 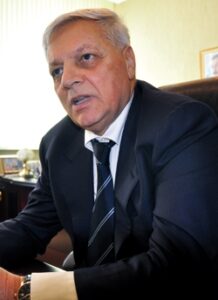 Share on:
How do Azerbaijani universities interact with their peers in the international higher learning sector? FARIZ ISMAILZADE We are seeking ways to build our curriculums and teach in accordance with the […]

How do Azerbaijani universities interact with their peers in the international higher learning sector?

FARIZ ISMAILZADE We are seeking ways to build our curriculums and teach in accordance with the Bologna Process, which means we are using the European 10-credit System and are entitled to exchange programs with a number of European universities. We signed partnership agreements with about 20 European universities, and the Bologna system is working very well for us. We also joined the EU’s Erasmus program, making credit transfers possible. The management of the academy strongly believes that it is important to build an international and diverse campus here in Baku, with the benefits of exposure for students. This is important in today’s globalized world; if you teach students solely within one country’s borders, it’s nearly impossible for them to later adjust to the real world, which is highly globalized. We are aiming to teach our students how to live and work successfully in an international, multi-ethnic, and multi-cultural setting.

SIYAVUSH F. GARAYEV Currently, we have 518 foreign students from 20 countries that are studying at seven basic faculties, and 70 candidates are observers at the preparatory faculty for foreign citizens. With some countries, such as China and Vietnam, this preparation is conducted according to agreements made with large state oil companies. Within the framework of the “State Program of Azerbaijan Youth Education in 2007-2015,” led by President Ilham Aliyev, students continue their education in leading European, Asian, and North American universities. Among the more than 800 Azerbaijani students selected for training in technical sciences abroad, ASOA students comprise the majority. This is because, from year to year, we maintain the highest rating among the technical higher schools and our student body is filled with those who had the highest scores during the entrance examination. We look forward to the graduates of foreign universities for whose creative development is expected to meet all of the necessary conditions.

How are your universities evolving in Azerbaijan?

SG Established in 1920, ASOA has played a special role in the development of industry, economy, science, and technical progress in Azerbaijan. Most of the innovations and changes in the educational system of the country began with our educational institution. In terms of the improvement of staff training specialization, some independent higher educational establishments have been created as faculties of our institute: Azerbaijan Technical University, Azerbaijan University of Architecture and Construction, Azerbaijan State Agricultural University, Sumgait State University, and Mingachevir Technical Institute. However, ASOA remains the leader in technical education in Azerbaijan, leading purposeful work related to the integration of European education norms, the adaptation of curricula to Western standards, and introducing modern technology to our educational processes.

FI Azerbaijan Diplomatic Academy (ADA) is a young institution—we are only six years old. Although the school was originally established to train diplomats, our Rector Hafiz Pashayev’s vision and thinking was that we could follow a larger mission and begin providing our students with Bachelor’s and Master’s degree programs in international affairs, diplomacy, business administration, public policy, and economics. This was part of an idea to move beyond diplomatic training, which was strongly supported by President Aliyev. We truly believe that Azerbaijan is changing and needs more educated young professionals. Therefore, we are also considering expanding our course offering to education management, public affairs, communications, and even computer sciences or IT. In that respect, the name of the academy is slightly misleading—we are becoming a full university that offers training in a variety of disciplines.