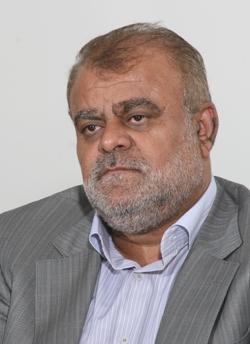 Rostam Qassemi is the current Minister of Petroleum of the Islamic Republic of Iran. He has over 22 years of experience in the oil and gas sector, being heavily involved in the South Pars project as well as the development of facilities at Assuluyeh. He is a former Board Member of the Industrial Development and Renovation Organization of Iran (IDRO), as well as Chairman of Iran Marine Industrial Co. (SADRA), among other positions involved in both upstream and downstream oil and gas facilities. He was elected to parliament in 1988 and reelected in 1992 and 1996. Additionally, he was President of OPEC for 2011. He was born in 1964 and graduated in Civil Engineering from the Sharif University of Technology.

Share on:
What strategies have been adopted to support investment in the oil sector in the face of possible price fluctuations? Iran’s Ministry of Petroleum and its subsidiaries, based on the deals […]

What strategies have been adopted to support investment in the oil sector in the face of possible price fluctuations?

Iran’s Ministry of Petroleum and its subsidiaries, based on the deals signed with contractors, are doing their utmost to minimize losses inflicted on investors should the costs of project implementation increase. Normally, based on the content of the contracts, investors are bound to accept risks associated with their activities. As far as financing the projects is concerned, if the ministry and its subsidiaries face funding shortages, we would focus on several strategies: implementing projects with acceptable physical progress; developing oil and gas fields shared with neighboring countries; and providing customs, economic, financial, and taxation incentives.

How can the Memorandum of Understanding (MoU) signed in early July 2012 strategically expand the oil industry’s projects?

The facilities envisaged in the MoU mainly apply to upstream projects, and more specifically to the shared fields, in order to enhance oil and gas production and encourage competition. Given the National Development Fund of Iran’s (NDFI’s) mission to finance projects operated by the private sector, contractors, manufacturers, and other private contributors will receive the required funds. Moreover, the development of upstream projects will lay the groundwork for the expansion of refining, gas, and petrochemical units, which would, in turn, expand the oil industry’s value chain.

Iran sits atop huge untapped hydrocarbon reserves. How does the government support the exploration of new reserves and what main projects are currently underway?

More than $4.5 billion is forecast to be invested in the exploration of hydrocarbon reserves through the fifth Five-Year Development Plan (FYDP) over 2010-2015. To that effect, exploration operations are already planned in Khorramabad, Garmsar, Deyr, Danan, and the Moghan II blocks. Moreover, 16 new onshore and eight offshore blocks are also expected to undergo exploration operations during this period. Articles 125 and 129 of the FYDP require the Ministry of Petroleum to support exploration operations.

What do you expect from the development of the Yadavaran oil field?

Sinopec is currently developing the Yadavaran oil field, the early production of which is forecast to reach 20,000 barrels per day (bbl/d). After the full implementation of the project, the field will be producing 180,000 bbl/d.

How does your ministry facilitate foreign investment in the sector?

How is the Ministry planning to rebalance domestic supply and demand?

The development of refining industries is aimed at halting crude oil sales. To that effect, the Ministry envisages boosting oil product exports. If everything goes as planned, Iran will be exporting 34 million liters of gasoline a year by 2015.

What does the Oil Bank of Iran represent and what will its primary functions be?

What are you expecting from Iran’s oil and gas industry in 2013?