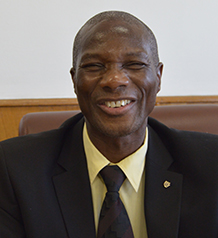 Zuze Banda was born in Petauke, Zambia. He studied in Zimbabwe and completed his degree in Chemical Engineering and Technology in Moscow. He has worked for NCZ since 1980 and was appointed the CEO in 2014.

Share on:
TBY talks to Zuze Banda, CEO of Nitrogen Chemicals of Zambia (NCZ), on the agricultural industry's intersection with the energy, mining, and manufacturing sectors.

What is your assessment of the production capacity and productivity of the NCZ plant?

Nitrogen Chemicals of Zambia have been in existence since 1970, and started with the production of ammonia nitrate as the main product. The mines were our main customers and agriculture was the second sector. In 1981 we placed more emphasis on agriculture and expanded our plant, but by 1990 the facilities required major renovation. Currently, NCZ produces ammonium nitrate fertilizer, ammonium nitrate blasting agent, which is used by the mines and we also produce compound fertilizers. Production levels were low in the beginning due to the challenges that were inherent at design stage. However, at present, production levels have increased four-fold. We used to operate at 15 tons per hour production of NPK Fertilizers, and now we are running at 60 tons per hour. We are aiming at a production rate of 65-70 tons per hour. At this point in time we have increased annual capacity of 142,000 tons to over 400,000 tons using already installed equipment and are working to capacity.

A significant amount of energy is used in the manufacture of fertilizer. How do you cope with the energy challenges that we have seen in the country recently?

The government is trying to accommodate us, and so far we have not experienced some of the problems industries can have. We are able to run at high production rates for 24 hours with the available power. Consequently, high production rates reduce the time needed to fulfill the contractual obligations. This industry is of wider strategic importance to the economy of Zambia, and to agriculture in particular. Since we want to make agriculture the mainstay of the economy, our company must then be prioritized in terms of energy.

To what extent are you supporting the mining industry at present?

We support mining through the provision of raw materials used in explosives. This is another private partnership, but we have partnered with African Explosives Limited, based in Mufulira, in a 10-year contract to supply them with raw materials. Apart from African Explosives, we are also set to supply ammonium nitrate to a company called Solar Explochem, and another called Orica. Apart from those three, there are other smaller organizations using our products, such as quarry companies, which blast to produce stones and quarry dust, as well as products for the construction industry, be it for roads or construction. We therefore support a cross-section of the construction industry, as well as the mining industry.

What should be done to further develop the agricultural sector and manufacturing in Zambia?

We should encourage more people to enter the agricultural sector. Many still think of it in terms of maize or corn alone, but it also encompasses dairy farming, pig farming, animal husbandry and more. People should be encouraged to enter these segments, because the population is growing rapidly and people need food. The government should, for one, remove duties on imported machinery used in the agricultural sector to incentivize investment momentum. Manufacturing is also key; the government needs to draft policies conducive to its growth. If NCZ fails to grow, Zambia will remain an import-oriented economy in terms of fertilizers and other chemicals.