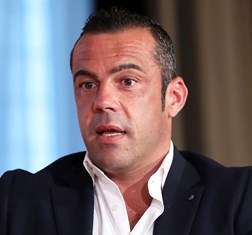 After having worked in private investment banking and being CEO of a SICAV, Fernando Romero Martí­nez set up EiDF Solar in 2008. In 2017, the company was recognized by the Executive magazine as the best energy company in the seventh edition of the Galicia Executive Awards. In 2018, Romero won the Science and Innovation Award from La Razón and the 2018 SME of the Year Award from the Pontevedra Chamber of Commerce for his training and employment plans. In 2019, Romero was a finalist in the National Young Entrepreneur Award granted by CEAJE.

Share on:
EiDF Solar is dedicated to the design and implementation of photovoltaic installations for industrial self-consumption and has become the benchmark company in the sector nationwide.

EiDF Solar specializes in photovoltaic self-consumption installations and holds 60% market share in Spain. How would you describe the company’s evolution and its key milestones?

In the beginning, we focused on renewable generation projects, when the sector started to realize there had to be a different path to the one that had been laid down. The first moratorium took place, and we had to adapt to a new reality and switch our business model to the self-consumption business. Two years went by in which we did not conduct any projects, and in 2011 we developed our first electricity self-consumption project. To date, we have completed almost 2,000 self-consumption units that are currently into operation. We started in a sector that was unregulated, and one of our milestones has been regulating the sector. We were the first and only self-consumption Spanish company for many years. As a result, we managed to help draft regulations despite the industry opposition and lack of understanding from the government. In 2015, there was a decree that implemented the so-called “sun tax” that was extremely harmful for self-consumption. That decree was in effect until the current Minister for Ecological Transition Teresa Ribera Rodrí­guez approved a new regulation.

What are some of your most iconic projects over the years, and which sectors do you work the most with?

We greatly appreciate the first projects that we completed in our early years. Most of them were in Galicia, an autonomous community where we have installed 40MW in self-consumption, which is 95% of the total installed capacity in the self-consumption sector. We conducted a project for Avicola Lago that is special for us and which we always like to mention. All our projects are important to us, no matter their size. We are working in niche segments. We study where we want to develop ourselves and seek to achieve that through our strategy. There are sectors where we have contracts with 90% of the sector, for example. We have a strong focus on the food industry, where we participate in every sector of the production chain. We identified this sector as a priority for us, and during the pandemic it has been a resilient sector that has performed extremely well despite the situation. Our experience differentiates us. There are many large firms seeking to establish a partnership with us to become a provider. We have extensive experience, and that makes us unique. In our segment, which is focused on industry, it is extremely difficult to develop a company such as ours.

There is still a long way to go regarding regulation self-consumption sector. What still remains to be done?

Minister Ribera was brave enough to change perceptions in the self-consumption sector. We are an active player in the sector, which is facing some challenges because of COVID-19. As for the new regulation, we are an active player in the existing associations that promote self-consumption. The industrial segment has been somewhat neglected by the public sector. We are still regulated under the decree of 2020. And in that change of energy mode, in which a distributed generation model should be a priority, Spain is at the forefront of this sector at a global level. That should be regulated. There should be a single regulation for the country as a whole and not vary from region to region, as is the case currently.

The Integrated National Energy and Climate Plan sets a target of 39GW of photovoltaic power to be installed by 2030. Is that achievable?

Spain is capable of the best, but is commonly known as the worst. That is why we are not able to self-administer ourselves as a country. There is an important level of energy generation, though there is no limit. There is a bottleneck and a situation of lack of control. There is currently a great deal of speculation. That goal of reaching 39GW before 2030 will be met even before 2030.