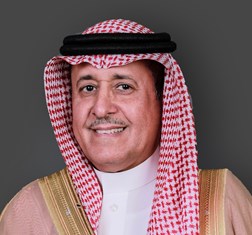 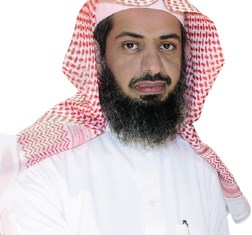 Share on:
The General Authority for Competition and the Bankruptcy Commission hold the key if the Kingdom is to successfully build an investment-friendly environment and diversify the economy.

The Bankruptcy Law was one of the most recent additions to Saudi Arabia’s legal system. Could you brief us on its primary mandate, core objectives, and strategies?

MAJED ALRASHEED The Bankruptcy Law was issued on February 14, 2018 and includes seven procedures that aim to protect the rights of creditors and debtors, and help distressed businesses to continue operating and save jobs. Furthermore, it considers creditor’s rights, maintains a balance between financial restructuring and liquidation, maximizes the value of assets, and builds trust and transparency in the economy. The Bankruptcy Law is expected to have a positive impact on the economy by encouraging domestic and foreign investments.

How have the services of GAC evolved over time?

ABDULAZIZ ALZOOM GAC was established in 2004 as a council at the Ministry of Commerce responsible for enforcing the Competition Law in the Kingdom. Its two main tasks were reviewing merger and acquisition cases and undertaking procedures of inquiry, research, and collection of evidence pertaining to complaints and practices in violation of the Competition Law, as well as investigating and prosecuting such cases. The council has examined various merger cases and examined and investigated numerous complaints. Additionally, it has undertaken several initiatives to study some important sectors to investigate possible existing violations. Among the most prominent developments was the issuance of a royal decree in 2017 to grant the council complete financial and administrative independence from the Ministry of Commerce and link it directly to the President of the Council of Ministers. The government also empowered GAC as an authority by issuing a statute for its organization, which emphasizes GAC’s mission to protect and encourage competition and maintain a competitive environment for businesses.

One of the first legislative activities of the Bankruptcy Commission was to design the first comprehensive Bankruptcy Law. Could you provide more details?

MA The Ministry of Commerce and Investment worked on drafting 18 legislations in 2018, and one of these important legislations was the Bankruptcy Law and its implementing regulations. It is considered one of the important national transformation initiatives that contribute to achieving the Saudi Vision 2030. The Bankruptcy Law is aligned with global best practices and is followed by the issuance of Bankruptcy Law Implementing Regulations by the Council of Ministers. The law is operational, and there are more than 30 procedures that have commenced already in the commercial courts. It is worth mentioning that a good number of those commenced procedures are restructuring and protective settlement procedures, and this is a positive sign that has led the business community to appreciate the role of the Bankruptcy Law in protecting their businesses. We believe the law will positively affect the Kingdom’s rankings on global business competitive indices and reports.

What efforts are being undertaken to prevent dumping activities and ensure products and services are sold at a fair market value?

AA GAC does not directly deal with dumping activates; however, a sudden abundance of commodities and services that results in an unrealistic price affecting consumers and other agents in the market are deemed a violation of the Competition Law. A fine of 10% of the total turnover is levied on such violations, and the violator will reimburse all gains generated as a result of such violation. Moreover, GAC may suspend the firm’s activity or revoke its license permanently. GAC seeks to prevent illegal pricing by examining, investigating, and prosecuting complaints and enforcing final rulings. It also undertakes initiatives to examine any practice that may constitute illegal pricing. In addition, GAC responds to corporate queries regarding illegal pricing.

What is your approach toward digitalization of services?

MA One of the commission’s principles is to be a digital organization. Digital services, such as bankruptcy registers, licensing of officeholders, and announcements have been launched, and continuous efforts are being made to enhance the customer experience by launching more digital services. The commission has also launched an interactive guide based on the concept of legal design thinking that targets the business community; it helps them identify the most appropriate procedure for the debtor.

As the government pushes for an enhanced role of the private sector, where do you expect to witness major market consolidation and the rise of new players?

AA Within the current push of the government to enhance the private sector, there exists a significant restructuring and consolidation within the private sector, which is driven by cost saving needs. As a result, we have witnessed in the last year more mergers in the retail, real estate, insurance, construction, petrochemicals, and banking sectors.