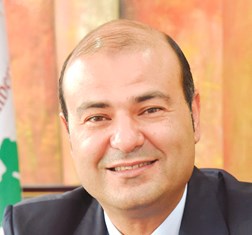 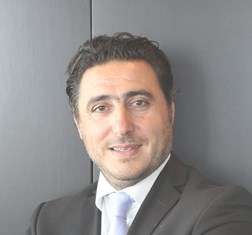 Share on:
In 2018 the government committed to introducing economic and governance reforms demanded by Lebanese businesspeople, as well as international donors, which will pave the way for greater FDI.

How have you worked to boost FDI in Lebanon?

DR. KHALED M. HANAFY UAC is a pan-Arab organization for the private sector across Arab countries. It was founded in 1951, with its headquarters in Beirut. We represent the private sector of 22 countries of the Arab world, in addition to our 65 Arab-foreign chambers of commerce, including 16 countries outside the region, namely Brazil, Argentina, the US, various European countries, and many others. As the voice of the private sector of Arab countries, we issue and publish economic research studies and organize events and conferences to enhance the business, economic, and investment environment in the region. We are also involved in reflecting the opinions of the private sector to be taken into consideration with respect to joint Arab regional economic agreements on all levels. The key aspects of our mission are intraregional connections and regulation. One central aspect of our current mission is Industry 4.0 and digitalization, and our aim is to increase the volume of intraregional business.

FOUAD ZMOKHOL RDCL World represents Lebanese businesspeople from all over the world, and the goal of this business platform is to discuss, lobby (both internally, regionally, and internationally), and build synergies and strategic partnerships to tackle new markets and offer new opportunities. Difficult times require us to unite and work together to advance our common goals. The contribution of the diaspora to the local economy has always been vital, touching around 20% of GDP. However, most of the diaspora’s contribution is concentrated in remittances and real estate. Part of our goal is to build synergies with the diaspora and increase its participation in the local economy. So far, we have successfully coordinated and organized investments between companies from the private sector from a wide range of countries. We are currently pushing a 10% strategy that aims to bring 10% of our expatriates to Lebanon at least once a year. This would mean that 1.5 million people would contribute to the economy, be it through tourism, investment, transfers, and so on.

What are the biggest opportunities for regional growth?

KMH While the Arab region has seen its share of episodes of instability, we need to look to build a bright future, and this involves great opportunities for reconstruction. For example, we decided to host our next board meeting in Iraq to promote the country to Arab and foreign investors. The reconstruction of Iraq and Syria—once they begin—will greatly benefit Lebanon. Tripoli could be linked to other ports in southern Europe through a multimodal system and act as a regional hub, thanks to its promising port with Ro-Ro container berth, and its vast hinterland. This will benefit the logistic sector in Lebanon and boost value-added activities, with trickle-down benefits for the entire region. UAC is also seeking ways to link Egypt with Latin America. The continent is a large exporter of food, and Arab countries are key importers; however, due to the lack of regular maritime lines, connections between these regions are weak. We are in talks with Brazilians to collaborate on building a logistics center and other value-added facilities in Egypt, which will kick off in November.

How can the investment climate in Lebanon be improved?

FZ The two main priorities for any investor are the return on investment and the opportunity cost of an investment. The return on investment, at the moment, is strongly limited by the high sovereign risk, which is a direct consequence of regional instability. In order to create a better investment climate, the first step is to improve and safeguard the judicial system. Second, we need to improve the culture and ease of doing business. The main sectors that will boost growth and attract foreign investment are micro companies and the knowledge economy. Following the example of Switzerland, Lebanon should capitalize on its human talent and move from a traditional economy to a knowledge-based one. Through Circular 331, the Central Bank of Lebanon has already undertaken steps to support a favorable environment for the formation of the latter. It is still essential to see a larger commitment from institutions and the government. Meanwhile, companies should adapt their strategies, diversify and develop their offerings, and expand to new markets. We need a favorable environment for such companies.