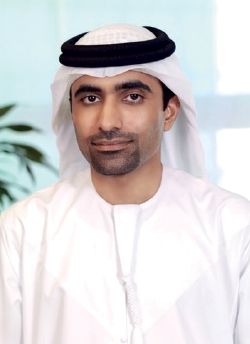 HE Fahad Saeed Al Raqbani was appointed Director-General of the Abu Dhabi Council for Economic Development (ADCED) in September 2010. He joined ADCED in 2008 as Deputy Director General, having gained experience with both Mubadala Development Company and the UAE Offsets Group. He is also a Board Member of General Holding Corporation, Waha Capital, Siraj Finance, Tanqia, Algerian Utilities International Limited, Al Hikma Development Company, SKH in Algeria, Addax Bank, and Abu Dhabi Basic Industries Company. He holds a Bachelor’s degree in International Economics from the American University in Paris and a Master’s degree in Finance and Risk Management from the Lille Graduate School of Management.

Share on:
TBY talks to HE Fahad Saeed Al Raqbani, Director General of ADCED, on the Emirate's status as a business hub, encouraging cooperation between the state and private sectors, and the role of the non-oil economy.

Abu Dhabi is quickly becoming one of the world’s top business destinations. What are the factors that lend credibility to Abu Dhabi as an international business hub?

Abu Dhabi is in the process of transforming itself through an ambitious economic vision that aims to achieve sustainable growth through economic diversification away from a heavy reliance on the oil sector. On the other hand, thanks to its position as a major oil producer, Abu Dhabi possesses the necessary financial resources that are needed to help in achieving its goal of building a vibrant and expanding non-oil sector. The healthy and competitive business environment in Abu Dhabi has encouraged domestic and foreign investment. The Emirate is considered an attractive market for international business due to its strong economy and encouraging investment laws. The investment climate in Abu Dhabi is becoming more conducive for local and foreign investors to set up businesses and to enter into joint ventures, as the Emirate has made significant headway in the past five years in developing the role of the private sector. Given Abu Dhabi’s environment and the continuous efforts to develop viable and sustainable non-oil sectors, opportunities for investors exist almost everywhere, with the clean energy and tourism sectors occupying a prominent destination for investment. When it comes to attracting business, favorable tax laws are among Abu Dhabi’s key competitive advantages. The UAE government levies no corporate or income tax and, at 1.7% of GDP, tax payment rates are among the lowest in the world. For many foreign investors, low taxation policies are a major incentive in deciding where to establish a business, and the government of Abu Dhabi is committed to maintaining a low taxation regime and retaining its competitive edge. Power and water utilities have grown to serve an expanding residential and commercial market. Modern transport and communications links have facilitated trade and business with regional and global partners. The Municipality of Abu Dhabi is currently engaged in executing infrastructure projects worth AED19 billion, or $5.2 billion, and has spent more than AED20 billion on major road works and bridges over the past three years.

What role can public-private partnership (PPPs) play in the development of Abu Dhabi’s economy?

Abu Dhabi, with its significant infrastructure development, is an environment that is well suited to the PPP model. Partnerships have ranged from arms-length outsourcing to stronger cooperation between parties. The Abu Dhabi government is using the PPP structures in the infrastructure, power, water, health, and education sectors including the development of the Industrial City of Abu Dhabi (ICAD) Special Economic Zone. In the health sector, Abu Dhabi has outsourced the management of six of its 12 hospitals to private sector operators. As part of its strategic initiative to improve education at Abu Dhabi government schools, the Abu Dhabi Education Council (ADEC) has engaged with the private sector since 2006. It is certain that the PPP model is gaining ground in the economic development of Abu Dhabi and has started to cover wider business activities.

In which non-oil sectors are you seeing increased activity?

The announcement from the Abu Dhabi government in April 2013 on the creation of the Abu Dhabi Global Market—a new financial free zone located on Al Maryah Island—is a major step toward transforming the Emirate into a global and regional financial center. The clean energy sector also has huge potential for growth as Abu Dhabi is seeking to become an international center in the field of renewable energy.