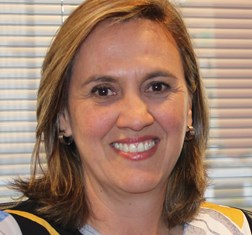 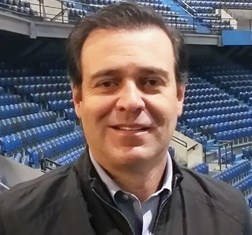 Share on:
The entertainment business and MICE market have grown significantly over recent years, and there are no signs of trend reversal thanks to the efforts of multipurpose venues like Agora and Movistar Arena.

How well placed is Bogotá to exploit the potential of the MICE industry?
ALEXANDRA TORRES Bogotá is now well positioned to grab a share of the MICE industry; however, it wasn’t the same four years ago. The industry has grown its infrastructure in the main areas required for the MICE sector to thrive. For example, the airport has grown in terms of size, connections, and destinations. Similarly, considerable expansion of hotel infrastructure has taken place, increasing the number of meeting rooms available per night. Taking a look around Bogotá, it is easy to spot infrastructure dedicated to the business environment. You don’t usually see families around our hotel, because hotels like ours are not set up for leisure, though one of our goals is to tap into that. Bogotá is now a business destination with a great deal of reservations coming from the MICE industry. Every new hotel was built with the MICE sector in mind. Same goes for the soon-to-open Hilton Hotel next to the convention center in Bogotá; it’s expected to add 410 rooms.

Movistar Arena is the result the old Coliseo El Campin’s renovation. What was the need for such a project in Bogotá?
LUIS GUILLERMO QUINTERO Big events require excellent infrastructure, and that is what we did. We combined the experience of Grupo HLR in Chile, which also helped us build Movistar Arena in Santiago, and the expertise and know-how of the local market through Tu Boleta. These two companies created a firm named Colombiana de Escenarios to modernize, operate, and manage the Movistar Arena. That vision materialized via a public-private partnership for the next 25 years. The PPP was signed two years ago, and in that time, we started doing the revamp. We managed to complete all the modernization in just 18 months, even though the expected time was two years. In terms of finances, we have received more than COP100 million from private investors. Movistar Arena recently hosted a Sting concert, and his team told us the sound system was one of the best they have ever experienced.

How does Bogotá compete with other cities in Colombia at a regional level?
AT Bogotá should not compete with other cities in Colombia but with other cities in Latin America and around the world. Our first step was to take the Latin American congresses back. We held more than 20 international events in 2018, and that was just for Agora. Our next step is going after the world congresses, which is harder, but we still see Bogotá making its mark. It is building its capacity, and that is what it should be doing. I’m not afraid to fight against Dubai, for example, and we actually beat Dubai to host the congress for neurosurgery in 2018. We also beat bigger cities such as Cape Town for an event.

What technical innovations did you employ to host all types of events, and how do you seek to attract new events?LGQ We hired excellent acoustics experts for this venue. We have turned to some of the best, well-known music experts and producers who outlined what Movistar Arena required in order to host all sorts of events. In addition, the venue has top-class dressing rooms for artists, in addition to a 1,000-sqm kitchen to provide catering service to crew members, producers, and the audience. All these create an attractive proposition for the public and investors. Our core business is renting out the venue through a number of producers who know international artists. In Movistar Arena, Colombia has a world-class arena to receive global artists. We hosted Lenny Kravitz in March as well as Slash’s first-ever concert in Colombia in May.

What does 2019 hold for you?
AT We have events planned all the way through 2024. We are also bidding for the 2025 Ibero-America Congress on Ophthalmology. We are competing against a city in Brazil, but have started the process to hold international events for as far into the future as possible. In 2019, we are holding a summit for UNESCO for world patrimony protection, a first such event in Latin America.

LGQ In addition to concerts, we also want to hold family and sports events. In December 2019, we will inaugurate a COP6-billion park that includes facilities for children, including games, a track and field court, and a skate park. We are also developing the economically distressed area around El Campin. We want to position Movistar Arena at an international and national level to ensure that Colombians can enjoy the best entertainment.