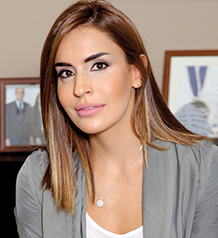 Marianne Hoayek has headed the Executive Office at Banque du Liban since its establishment in July 2007. She is also a member of the official Lebanese delegation to the IMF and World Bank annual meetings and sits on several BDL high-level committees. She has been particularly involved in the implementation of Circular 331 and is behind the BDL Accelerate Conference, the successful international conference that has established Lebanon as an international startup hub. Hoayek has a degree in business economics from the Lebanese American University and one in law from the Lebanese University and obtained her master’s degree in laws of banks and capital markets from Saint Joseph University.

Share on:
TBY talks to Marianne Hoayek, Director of the Executive Office of Banque du Liban, on the roots of the Circular 331 concept, bridging funding gaps throughout the startup lifecycle, and the country's growing knowledge economy.

How did the idea of Circular 331 come about and when did you decide to build momentum on the knowledge economy?

The concept started in 2013 when we noticed that something was going on in the Lebanese startup ecosystem; however, the industry was still somehow in the shadows. We began talks with major players in the industry to measure the potential this could have in the years ahead, and by August 2013, Dr. Riad T. Salameh himself drafted a circular about the knowledge economy. When Circular 331 saw the light, the concept was new to the banking sector and to most people in Lebanon, so it took some time to grasp and take off as a valid project. Circular 331 allowed commercial and investment banks in Lebanon to invest up to 3% of their capital in knowledge economy startups with a 75% guarantee on its investments coming from Banque du Liban. This created an initial platform of USD400 million available for the ecosystem, which is a great number for a country the size of Lebanon, and has been pushed even further to reach an amount of USD500 million today. This circular has created major momentum for startups in Lebanon; everyone is talking about the ecosystem; the private sector is becoming increasingly interested in them; and, more importantly, we have created a culture of entrepreneurship in the country. Through the disbursement of funds for the ecosystem, Circular 331 has released the potential of the knowledge economy in Lebanon to turn it into a pillar for the country’s economy. It has also served as a platform for Lebanese talents to go abroad and shed the attention from international investors to this industry.

Some players in the ecosystem talk about a gap in funding between seed-stage and advanced startups. As the regulator of funds, how is Banque du Liban working to cover this gap?

When the disbursement of resources started there were only two funds catering only for mid-stage startups with more potential for successful exits. Up to a certain extent, this was the result of the hesitation raised by banks when funding early-stage startups for the doubts surrounding their development. Once we came across the need to further incentivize seed fund, we pushed for the creation of more funds at this stage, and we currently have two specific seed-stage funds operating in the ecosystem. There are many professional people out there who have landed innovative ideas and need funds to kick off their startups, so we tried to diversify the scope of venture capitals and funds at every step of the way to create a comprehensive scheme for funding. We solved the gap problem by creating two funds at the seed stage, two at the intermediate stage, and two at the growth stage.

Banque du Liban has identified the knowledge economy as one of the three flagship sectors for Lebanon’s development in the near future. How will this sector impact the Lebanese economy?

We think that if the whole scheme is deployed as planed, it will constitute 1% of the GDP within three to five years. Our target is to create 20,000 jobs in the ICT sector by 2025, especially in the key sectors that the UK Tech Hub has identified for the upcoming years, namely retail, fintech, and healthcare. We have maintained a conservative approach about the potential of the sector, but if things improve in Lebanon in the short-term, the number could jump even further. During these complicated times in the country, Banque du Liban has come out with subsidies, stimuli, and initiatives that have all proven successful and have maintained this ship on float. The initiatives spurred in the knowledge economy will be no different and this sector will indeed become a beacon of progress for Lebanon in the years come.