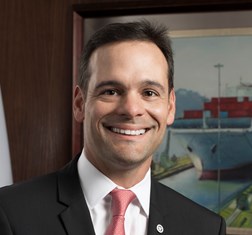 President, Chamber of Commerce, Industries, and Agriculture of Panama (CCIAP)

Jorge Juan De La Guardia has a BA in economics and management and a master’s degree in business administration. Prior to being president of the most representative business association in the country, he served as its vice president. De La Guardia has been linked to the chamber for 13 years. He has over 15 years of experience in the car and transportation industry. In addition, he is director of the National Association of Car Rentals and an active member of the business forums Executive Forum and Entrepreneurs Organization (EO), among others.

Share on:
CCIAP is looking to the tourism sector to create hundreds of thousands of jobs and have a significant effect on other areas of the economy.

What is your outlook of the economy now that a new government has been elected?

In Panama, the annual capital investment is close to 42% of GDP, which places us among the top globally in this important indicator. USD27 billion was invested in Panama in 2018. However, more important is the fact that private investment in 2018 was six times higher than government investment. The private sector accounts for over 85% of the total investment in the country. This makes it imperative that the government perfects its role as a facilitator of private investment. This is one of the main initiatives of our Agenda Paí­s 2019-2024, which also presents action plans aimed at finding solutions to the most important and pressing problems facing the country. Hence, Panama needs to reach its potential of 5.5% GDP growth in order to generate the desired jobs and take firm steps toward our full development. For this, CCIAP will promote tourism as an activity that generates thousands of jobs and has multiplier effects in other areas of the national economy. Furthermore, we are working with the Administrator of the Tourism Authority of Panama as well as with important actors of the private sector, in order to carry out actions that will help attract the more than 15 million passengers that transit annually through the Tocumen International Airport and increase the number of visitors to Panama. Panama has all the fundamentals to become the perfect location for conventions and large-scale international meetings.” CCIAP will organize together with the Ministry of Commerce and Industries, the Tourism Authority of Panama, the Inter-American Development Bank, and our counterparts the International Chamber of Commerce of China and the Chinese Council for the Promotion of International Trade, the 13th China-Latin America and the Caribbean Summit (CHINA-LAC), during which nearly 2,000 entrepreneurs from all over the world will meet.

As a recently elected president of the chamber, what is your main focus?

During my term, we will focus on the economic reactivation of the country, concentrating on the tourism sector, which has great potential for the creation of hundreds of thousands of jobs, as well as having a transversal effect on other areas of the Panamanian economy. In view of the challenges that lie ahead, CCIAP has formed a group to promote national economic development led by former President Gabriel Barletta. Since the election of the new president, we have met with the designated authorities to work together in order to achieve the desired economic dynamism. We are extremely optimistic in the teamwork that we can develop between the state and private companies.

In terms of growth, which sectors will be the main drivers of the economy for the short term?

The Center for Economic Studies of the Chamber of Commerce, Industries, and Agriculture of Panama (CEECAM) estimates growth for 2019 to be 4.5%. Among the sectors that have retained their dynamism are the Panama Canal, ports, the Hub of the Americas, telecommunications services, and the financial sector. This economic development is impacted by several factors, among which are optimism for the entry of a new government administration, the commercial situation between the US and China, and high expectations for the operations of Minera Panama and its impact on exports for 2020. Also, we can highlight the levels of FDI, which present a favorable performance, with an amount of USD5.5 billion in 2018, and a growth of 21.2% YoY. CCIAP has positive growth expectations that will be strengthened in 2020, expecting a growth of the economy close to 5.6%. To this end, it is important to keep working with our main economic partners, such as the US, China, Mexico, Costa Rica, and Spain.