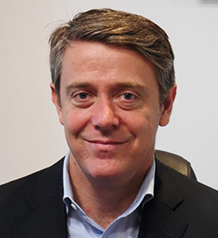 Todd Clewett is Country Manager for Minera Panama, the largest foreign investment in Panama’s history. He has been working in the mining industry for over eight years. He previously worked with Rio Tinto at the Oyu Tolgoi mine in Mongolia and in Papua New Guinea with the Ok Tedi mine. Clewett’s early career was in management consulting with McKinsey and Co., and with the government of Australia. He holds degrees in economics from the University of Sydney and in public administration from Harvard University.

Share on:
Can you elaborate on the impact that your new mine will have both at the national and regional level? We are currently about halfway through the construction of our copper […]

Can you elaborate on the impact that your new mine will have both at the national and regional level?

We are currently about halfway through the construction of our copper mine; once it is fully operational it will produce about 320,000 tons of copper and about 100,000 ounces of gold per year. Even by global standards, it is a large-scale copper mine and at current prices represents USD2 billion in export value for the country. In macro terms, that would make up about 4% of GDP in today’s dollars. The future impact of the project aside, the project also contributes a great deal to the country today; our budget is over USD1 billion for 2017, we employ over 5,500 Panamanians at the site, and our salary bill including social security amounts to about USD17 million per month. In the past 12 months, we have spent around USD170 million on purchases from Panamanian suppliers and have contracts and commercial arrangements with about 500 Panamanian companies. Therefore, on a macro level, we already have a large economic impact on the country before we even produce. More pronounced is our economic impact on the region. The mine is in the district of Donoso, near Penonomé, the closest regional town. Compared to four years ago, the city is growing and changing dramatically. There are now four shopping malls, the government has plans for a new hospital, residences, and houses are going up, and Panama University is building a campus there and expanding, so there is a huge impact. Of the 5,500 people we employ, about 1,000 live in the nearby area and spend their money at local businesses, malls, restaurants, hospitals, clinics, and so on. The impact and growth as a result of the mine can truly be seen.

How are your infrastructure projects progressing?

There are two primary pieces of infrastructure that are required. One is an international port that enables us to import coal and export the copper concentrate, while also allowing us to bring in large-scale equipment that cannot be transported through the road system. The construction on that is going well and is due to be completed in 3Q2017. The first terminal of the port is already operational, and we have international certification to operate the port. The second critical infrastructure piece is a power station. We need about 200MW of power to operate the whole facility and are building a 300MW power station down by the port. The first stage of that will be completed by the end of 2017. We have effectively completed the transmission line and our power station provides power to the project while also connecting to the national grid. Those are the two large pieces of infrastructure that are required, and they are progressing well. A third component is road infrastructure; however, for some time now we have had a fully sealed road from Penonomé all the way to the site and the port; hence, the road infrastructure has been there for some time now.

In the mid term, will Panama be recognized as a center of mining excellence as a result of your operations?

I can see our mine becoming a regional reference in the next 10 years in terms of how to build a well-run and environmentally and socially sustainable mine in the region. However, I expect the hubs of mining in this region to continue to be places like Chile and Peru. We are the only mine here for now; still, we would like to set an example as a profitable, well-run, and well-supported mine. However, we shouldn’t be much more ambitious than that.

What are your goals and objectives for 2017?

The goal for us in 2017 is to have the first part of the power station up and running, complete the construction of the port, and be well-prepared to start running the mine in 2018.