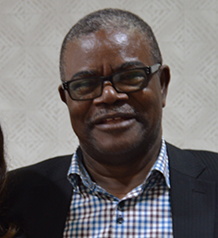 Dr. Bright M. Chunga holds a PhD in Sociology from the University Sussex in the United Kingdom and a Master of Arts Degree in Curriculum Evaluation, Planning, and Management also from Sussex. He also holds a Diploma in Technical Teacher Education from the Technical and Vocational Teacher Education College of Zambia (TVTC). He further holds a Diploma in Radiotherapy (DDR) from the Royal Marsden Cancer Hospital in Sutton, Surrey in the United Kingdom and a Diploma in Medical Diagnostic Imaging (DDR) from the School of Radiography at the Evelyn Hone College.

Share on:
TBY talks to Dr. Bright M. Chunga, Director of Trade Kings Group, on the products the firm produces and its exports.

What are Trade Kings Group’s main achievements since its establishment in 1992?

Trade Kings started its operations in 1995 and has grown into several production entities to become The Trade Kings Group of companies managed and directed from a single point. The present companies now include the original Trade Kings Limited, Royal Oak Limited, Yoyol Foods Limited, Universal Mining and Chemical Industries Limited (UMCIL), Swiss Bake, and Trade Kings – South Africa. All of these companies stem from the original Trade Kings Limited. Trade Kings Limited began its operations with a single product—Boom detergent paste. From this one product we have diversified and now manufacture about 300 products. Three years ago we expanded into Harare, Zimbabwe with an investment of $50 million. There is also one production unit operating in Johannesburg, producing confectionery. As at now, the Trade Kings Group is the largest manufacturer of lollipops on the African continent. The company started with only 20 people, and in total today the group employs around 6,000.

How much is being produced at the Trade Kings Group for export?

All our 300 or products are produced for both the local and export markets. At the moment, we work at a 60% domestic, 40% export ratio. Our exports cover the entire SADC region, spanning the Great Lakes, Rwanda, Eastern Congo, parts of Tanzania, and Uganda and on the African continent the Group has a footprint in about 38 countries either directly or indirectly.

How has the consumption of your products evolved in Zambia over recent years?

Consumption has grown as we have made improvements to our product quality. We have also made extensive strides in improving our packaging. We have come to realize that there is a very large market that one company can never satisfy, namely a customer base of roughly 400 million people. And because there is enough of a market for numerous players, there is little perception of competition.

How would you describe the quality of human resources in Zambia?

Our experience is that Zambia has a high technical depth to the extent that virtually all types of technical requirements can be readily met with Zambian expertise. In fact you can find our people working in virtually every country in the region. The company opened with what could be called a silver spoon in its mouth since we benefitted from the abundant, highly trained manpower that was made available by the results of privatization and the departure of the four multinationals that had hitherto dominated the fast moving household consumer goods manufacturing sector. These companies had abandoned what they saw as a non-performing Zambian economy and relocated in the neighboring countries. The company inherited scientists and other high-skilled personnel who had been trained abroad firstly by the departing multinational companies and equally by the former state enterprises who had their technical staff trained in Europe.

With your experience in the Association of Manufacturers, what can the government do to further endorse Zambia’s manufacturing industry?

I believe that the government should have a closer dialogue with people working in the field to better grasp current and pressing issues. At times it seems that civil servants are prescribing solutions for problems that may not actually exist in the industry.

How does the fluctuation of the kwacha have an impact on your operations?

There are several causes for the fluctuation of the kwacha, one being irregular receipts from exports sales. This could potentially be addressed by boosting our exports. And meanwhile our lack of competitive edge in the international market due to the high cost of our products can be mitigated through greater investment within the country. The major problem from this situation is that it makes planning a bit harder since we have no control at what prices we buy our inputs.

We feel confident of improved returns on last year, and our expectations are logical, rather than radical. We are optimistic, and we will learn from last year in order to improve business all around. Our sales figures have continued to grow and the only way to go is up. Firstly, we are confident the coming few years will be better than what we have had. Secondly, our expansion program, which includes the creation of new production centers in neighboring countries and our expansion into the Indian Ocean markets, will bolster our sales outreach.