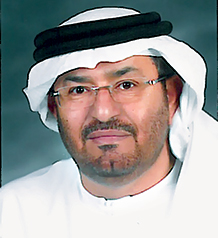 Abdulla Nasser Al Suwaidi is the Director General of Abu Dhabi National Oil Company (ADNOC), and has been in his post since June 2011. He is a Board Member of the Abu Dhabi-based Supreme Petroleum Council (SPC), in addition to several federal and local government organizations and entities. Al Suwaidi graduated as a Chemical Engineer from the University of Wisconsin-Madison in the US.

What progress has been made towards achieving the 3.5 million bpd target by 2017, and how will increased output impact the market?

ADNOC is on course to meet its production target of 3.5 million bpd by the year 2017. It is difficult to list all the projects’ phases completed over the past one to two years and those yet on schedule to be completed in the coming two years, but whatever has been completed is a strong indication in meeting our commitment to meet such goal. In crude oil exploration, development and production activities, ADNOC has been utilizing latest technologies for maximum yield of its current onshore fields under its subsidiary Abu Dhabi Company for Onshore Petroleum Operations (ADCO) and offshore under its other subsidiary Abu Dhabi Marine Operating Company (ADMA-OPCO). In addition, work is now in the last stages for the completion of four full-scale artificial islands project in the Zakum offshore field with a target to boost production from 550,000 to 750,000 bpd in 2015. The establishment of two new ADNOC Group companies, namely Al Dhafra Petroleum Operations Company and Al Yasat Petroleum Operations Company, aimed at further developing onshore and offshore fields across the Emirate of Abu Dhabi. In parallel with this, enhanced oil recovery (EOR) technology has been applied in various offshore and onshore existing reservoirs for further production and maximum yields. These efforts and tasks combined offer fairly promising good assessment of the status of what is currently ongoing in terms of projects and ambitions in meeting the 2017 outlook that ADNOC has set for itself and for the international market.

What impact will the Ruwais Refinery expansion capacity of 417,000 bpd have on the domestic economy in Abu Dhabi when it comes online in 2015?

The Ruwais Refinery expansion is expected to have a positive impact on ADNOC, Abu Dhabi, and the UAE. That is why ADNOC went forward in such strategic project. Through its subsidiary company Abu Dhabi Oil Refining Company (Takreer), ADNOC operates two refineries; one in Umm Al Nar on the outskirts of the city of Abu Dhabi and Ruwais in the Western Region. The expansion will increase the current, which has been for years, by 417,000 bpd bringing the total capacity up to 817,000 bpd and with Umm Al Nar Refinery, bringing ADNOC’s total refining capacity to over 900,000 bpd. Such capacity will make ADNOC and Abu Dhabi much more self-dependent on utilizing their natural resources of crude oil and use this for local purposes and consumption rather than importing the Emirate’s need from refined crude oil products. ADNOC will depend on its own manufactured, processed, and refined crude products, rather than just exporting quantities of crude oil, which gets processed and refined and then later to be imported for local consumption reducing costs to minimum levels and utilizing and customizing spending more efficiently for the company’s benefit and so the emirate and the nation as a whole.

How has the drop in oil price to less than $70 a barrel affected the UAE market in comparison to other GCC nations?

Drop and fluctuations of international crude oil prices have been going on since crude oil became a major consumer commodity. Therefore, the recent price cycles come with no surprise. ADNOC has been receptive to such price cycles and with preemptive measures, mid- and long-term anticipations and adaptable. ADNOC remains on course in regard to its planned projects and expansions as per the set target in boosting production to 3.5 billion barrels a day and Emiratization target of 75%, both by 2017. Longer term, ADNOC has been pursuing its set objectives and plans for the Abu Dhabi Economic Vision 2030 as well. In other words, the short-term instability of recent years must not derail our long term goals. Therefore, all our committed projects are in progress.