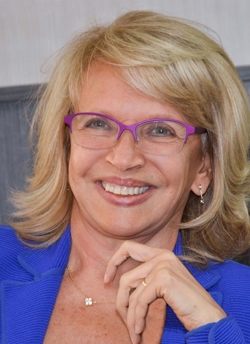 Cecilia Álvarez-Correa is an Industrial Engineer and currently serves as the Minister of Commerce, Industry and Tourism. Previously, she had served as the 12th Minister of Transport. She graduated from Pontificia Universidad Javeriana and has professional experience of over 26 years.

Share on:
"We need to generate further added value for Colombian products and services."

The tourism sector represented around 12% of national GDP in 2014. What actions drove that development, and which measures do you plan to implement to further boost its role in the economy?

The tourism sector at an international level grows at an average of 4% annually, whereas in Colombia the figure has been touching 8%. At the same time we will close the year with a record 4 million visitors. I am not satisfied with this because, for example, the Dominican Republic receives 22 million annual visitors. We are a rich country in terms of biodiversity and have huge potential, and hence are currently trying to boost promotional actions with airlines and to implement the Productive Transformation plan. Colombians have to understand that this is an important industry for the country. We want to promote several destinations such as natural parks and ecotourism around these areas, such as the Sierra Nevada or the Ruta Cafetera. I want to make Colombians part of the development of this segment by, for example, sharing their knowledge with tourists. At the same time, we have to think that investment in the hospitality sector has increased significantly over the past few years as the country takes decisive steps toward increasing security levels, and we are now seeing the results of this in larger tourist arrivals.

What is your outlook for the development of foreign trade in Colombia?

Some 23 years ago our current president became the first Foreign Trade Minister in Colombia, and ever since, he has maintained the same message; openness to the world, the signing of Free Trade Agreements (FTAs), and an export drive. We have a large market around the world and Colombia has to take advantage of this thanks to its qualitative production in many fields. We need to further open to the Pacific, particularly Korea and Japan. We have developed a regional plan to raise awareness among industrial businesses of their many opportunities. Colombian companies should also consider the Pacific Alliance partner countries as markets to explore further, in Chile, Peru, and Mexico. There are several programs in place to encourage our producers to export. We have to remember that Colombia has massive export potential far beyond hydrocarbons and manufacturing products; Colombia can export services and much more.

“We need to generate further added value for Colombian products and services.”

What is your strategy for improving national competitiveness?

This is a matter of creating synergies between the public and private sectors; we have to dare to innovate. Colombia was lagging behind in terms of infrastructure around five years ago, so the president formed the National Agency for Infrastructure (ANI), an agency that was recently awarded best agency in the world. We have a total of 42 projects totaling $25 billion, which target energy costs, competitiveness, and innovation. We are also trying to focus our resources rather than spreading them around a number of different companies. It is also important not to forget imports; we have 47 million Colombian inhabitants that are becoming more demanding and smarter consumers. We also need to further increase the portfolio of our FTAs with regional and international players that can give Colombia added value as an economic unit. Asia accounts for 35% of GDP, and therefore we see it as one of the best regions to expand our FTAs to. However, one of the FTAs of the greatest short-term potential is the one we are poised to sign with Costa Rica, as we are the second largest investor in that country among all Latin American countries, despite customs tariffs. Costa Rica also voiced its keenness to be part of the Pacific Alliance, a market of over 215 million people. Colombia is the fifth largest growing economy in the world today, which is something we have to exploit as a country. Colombia also has great potential in two particular sectors, namely services and agribusiness. It has improved its business environment thanks to the availability of finance resources for SMEs, as these represent the future of our country. This is something foreign investors also appreciate; we closed 2013 with $16 billion in export revenues, but the figure has since reached $58 billion. Colombia has also done a great job of consolidating its development over the past few years, working to lift 3.5 million people out of poverty—2 million out of extreme poverty. Furthermore, the potential peace dividend for Colombia is, according to various reports, phenomenal; growth rates could be 2% above current trends, while infrastructure would grow at 1.5% above current rates.

What role do you foresee for the Ministry over the coming years?

I intend for it to be a key player in boosting innovation, competitiveness, and making sure we develop strong Free Trade Zones (FTZs) within specific clusters. We need to generate further added value for Colombian products and services. This is the best way to increase competitiveness. In this context we will implement several programs linked to the particular fields that I have just mentioned. The US represents a positive example for us, allowing us to boost exports thanks to FTZs, which can help us generate added value for our products and services.