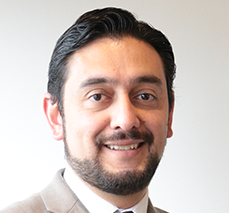 Daniel Legarda is an Economist, born in Ecuador, and has an Executive Master’s degree in Business Administration and several studies in Foreign Trade. He is the Executive President of FEDEXPOR since April 2016, is part of the team of the Ecuadorian Federation of Exporters seven years ago, in his early years he was Executive Vice President, and has been linked to the country’s private export sector for several more years.

Share on:
“Fedexpor has gained a great deal of strength due to the country’s need to boost its foreign sales.“

What steps has FEDEXPOR taken to become the main voice of exporters in Ecuador?

FEDEXPOR is considered a third-level entity, which means we can group chambers of commerce as well as companies together under our umbrella. Fedexpor represents 85% of Ecuador’s non-oil exports. Our partners include a wide range of exporters from traditional sectors such as banana, flowers, mango, and cocoa as well as growing ones such as chemicals and cosmetics. Furthermore, we represent companies of all sizes, which means we are a transversal entity that represents all sorts of exporting companies. FEDEXPOR focuses on two areas: interests of the sector within Ecuador and services to help companies reach international markets. For example, we work to include several proposals to change the legislation and make Ecuador more competitive in terms of logistics or employment. We also offer training courses for companies and employees, as well as organize events. Over the last 10 years, FEDEXPOR has gained a great deal of strength due to the country’s need to boost its exports. Ecuador’s economy has experienced significant development over the years; however, it is still a small market, so exports are vital for the healthy development of its economy and people.

What is the weight of non-oil exports in the Ecuadorian economy?

Non-oil exports represent around 11% of Ecuador’s GDP. In other words, USD11 of every USD100 in the Ecuadorian economy is related to exports. If we consider the spillover effect, the indirect impact of non-oil exports is as high as 20%. In 2018, Ecuador generated USD12.8 billion in non-oil exports, and 2019 is expected to surpass the USD13-billion mark.

How have Ecuadorian exports to the EU developed after the signing of an FTA in 2017?

If implemented properly, FTAs are extremely helpful in boosting exports. Trade between Ecuador and the EU has increased over the last two years. Exports to the EU have increased by 7% since the signing of an FTA in 2017, and the number of regular exporters has also increased. Ecuador currently counts on 1,400 companies that export to the EU, out of a total of 3,600 exporting companies. Most importantly, the EU is one of the largest markets for SMEs in Ecuador. Thanks to this agreement, more than 20,000 new jobs have been created. It is crucial for Ecuador to open its doors and realize its role in global value chains. That should be the main strategy not just for the exporting sector, but for the development of the country as a whole. The country is going in the right direction with measures to reduce bureaucratic red tape and increase the role of the private sector. At the same time, the government is signing new agreements and engaging in negotiations with other countries and regions.

What opportunities could be unleashed for Ecuadorian exporters after the country’s entry into the Pacific Alliance?

Ecuador’s entry into the Pacific Alliance is a key part of our current strategy, and the relevant stakeholders in the country understand the alliance’s importance. The Pacific Alliance has demonstrated that it can keep up with a rapid growth rate if we compare it with other regional blocs. In addition, joining the bloc can also be key to boosting FDI into Ecuador, as it will mean a market-friendly economy is being consolidated. The main opportunities would come from access to Mexico, specifically for products such as cocoa, shrimp, processed food, wood, and construction materials. Access to neighboring countries such as Peru and Colombia would also improve. Chile is also part of the alliance, and we are currently negotiating an agreement with Chile that would be bigger in scope than the alliance itself. Additionally, we see opportunities in Eastern Europe, specifically Russia. Negotiations are taking place with Japan and South Korea, as well as with Costa Rica and Guatemala. Furthermore, after years of being on hold, talks on a trade agreement with the US have resumed.