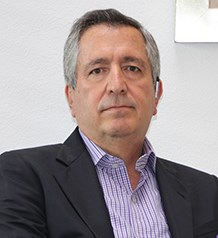 Jorge Vergara is President of Omnilife.

Share on:
"Overall we have 7 million agents and 1.5 million distributors in Mexico alone."

The company started operations in 1991. What opportunities in the market inspired you to start the business?

The country has experienced periods of economic crisis, but as our business model is diversified across different segments it thrives during periods of crisis as individuals search for opportunities to generate additional income. There has traditionally been a limited entrepreneurial culture in Mexico and Latin America, and we believed this situation needed to change.

What role has Omnilife played in developing entrepreneurship in Mexico?

It has played an important role. Overall we have 7 million agents and 1.5 million distributors in Mexico alone. We focus our efforts on the base of the social pyramid, the lowest-income part of the population. We have training schools where we teach independent thinking in business, but also how to advance through study. Around 30% of the people who start working for Omnilife are illiterate, and 14% are indigenous individuals that do not speak Spanish. We improve their lives by teaching them basic reading and writing skills, and prepare them for other future studies they may pursue. Our main concern is the people. In fact, every distributor has my personal number and can contact me with any concerns they may have. This model has helped the organization to grow, as our distributors stay working with the company for the long term.

What are the challenges for entrepreneurship in Mexico?

The main challenge is to change the cultural paradigm. Mexican tradition does not teach individuals to visualize the future, despite the opportunities that are emerging for the country with each passing day. It is important for Mexican companies to start thinking in terms of long-term goals.

Did you originally have a long-term plan when you established Omnilife?

We definitely had a long-term plan, and we are now beginning to grow as I forecasted almost 25 years ago. We have managed to build and maintain a base for the company, and our goal is to reach 50 million agents. We first expanded our operations to Colombia where we were one of three Mexican companies present there. The mindset is usually to aim for markets in the US or Europe, but rarely to enter dynamic markets in South America. It is expensive to operate in European countries, and our businesses in Spain cost four times more to run in other locations in Latin America. The response is much slower and competition there is brutal.

What is your strategy for Latin American markets in the coming years?

Currently, the regulatory framework in Argentina is detrimental to our revenue margin, and we are restricted as companies are prohibited from channeling local earnings into import operations as profits cannot be taken from Argentina. We are hoping the new administration in that country will adopt a different outlook for foreign investors, and we hope we do not have to leave Argentina as we did in Venezuela due to political and economic instability. Brazil represents the market with the greatest potential in Latin America, producing $4 billion in annual revenue. We have invested for four years in learning how to operate there. Their regulations heavily benefit the country, but are less convenient for foreign investors. Therefore, we decided to manufacture within the country to reduce import costs. A plant will be opened within three years to cover all the needs of that market. We have grown by 42% in Brazil this year. Peru remains our number one market in Latin America and we are continuously growing. Colombia and Ecuador are consolidated as well, and we have learned to work under the new conditions established by President Correa in Ecuador. We are also growing considerably in Chile.

Can you tell us about the new plants that the company is investing in?

We are opening three new plants in Guadalajara, one for aromas, one for essences and another for the production of active ingredients to manufacture our final products. We will also produce a new skin care cosmetic line, with a clearer connection to Omnilife. In total, we will have four plants in Mexico. Around 300 new jobs will be created at these new plants. This figure will grow as we start producing for other companies. There are very few manufacturing companies for aromas in Latin America and we want to enter that market.

Going back a few years, can you tell us what opportunities you saw by purchasing Chivas football club?

The main reason for purchasing the club was to create a leading football club with the objective of modifying the cultural mindset in the country. Football players are the idols of the younger generation. Our aim is to foster a sense of teamwork among the Mexican population. The second reason was to purchase the second largest brand in the country, boasting 37 million fans in Mexico and the US. We wanted to expand the team and the brand, which we have accomplished so far, and we want to show that despite the large number of foreign players in the country, an all-Mexican team can become champions.

How was the first half of 2015 for Omnilife and what are your expectations for 2016?

It is a promising year. Our business in Mexico is growing by around 12-14% and Peru is growing 32%. Omnilife in the US is expected to grow by 28%, which will be a considerable accomplishment as it has always been a difficult market for us. We had originally focused our efforts on the Hispanic population, but we have been successful in expanding to the English-speaking population too.