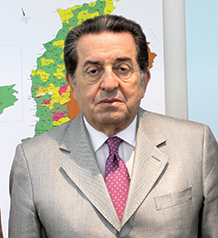 HE Boutros Harb was born in 1944 and graduated with a degree in French and Lebanese law from Saint Joseph University in 1965. He became an elected member of Batroun Caza in 1972. He has held a number of ministerial positions and is currently Minister of Telecommunications.

Share on:
TBY talks to HE Boutros Harb, Minister of Telecommunications, on fostering an environment to encourage startups, increasing internet penetration, and attracting investment in the sector.

The Ministry has recently confirmed a $6.4 million loan to help create startups. How is this program going to support the Lebanese youth in establishing technology startups?

The Mobile Internet Ecosystem Project’s (MIEP) aim is to strengthen innovation and entrepreneurship in the Lebanese mobile internet ecosystem. The project will foster economic growth, job creation, and competitiveness in the economy, through the creation of a culture of entrepreneurship, the development of a pipeline of startup projects, and the enhancement of the talent pool’s skills to meet the global standards of the ICT industry. The project will extend the use of ICT tools, particularly mobile internet, to traditionally competitive industries in Lebanon (such as the creative industries, media, advertising, and banking) in order to increase their competitiveness in international markets where the use of ICT tools is prevalent.

What steps are being taken to increase internet penetration among the Lebanese population?

The MoT will soon be announcing a strategic three-to-five-year plan, where the access network—the famous “last mile”—represents a major part. The planned access network allows full coverage and reachability, scalability, as well as enhanced broadband speeds and latency.

How do you assess the reaction of the communications sector to the population boom?

The challenge is actually broader than just a population boom, it resides also in technological booms with much shorter time frames. We stretched the network capabilities to their optimum to cope with these booms. The new plan has been developed to allow a true technology leap

How do you assess people’s receptiveness to mobile locations in Lebanon and what is needed to further increase the mobile penetration?

In Lebanon, we encounter very little resistance to site installations. Actually, people are knowledgeable that all international studies have not confirmed that mobile installations are harmful. On the other hand, these installations represent a non-negligible source of income to those who accept towers/antennas in their properties. Lebanon has reached 92% mobile penetration, which is quite significant considering the economic and political situation. So any additional 1% requires extreme effort and struggle. Nevertheless, new plans and packages are launched during the year so as to address specific groups such as the young, the elderly, specific professional categories, the military, and foreigners. Also, we have significantly reduced prices in June 2014, which resulted in an increase in penetration and traffic. A noticeable increase however happened on the mobile data landscape, whereby we expanded from 25% to 75% penetration—in other words, 75% of SIM card holders use data.

The Lebanese telecommunication industry is becoming increasingly appealing to investors. What is your vision of the role of the private sector in this industry?

The private sector holds a key role in the Lebanese telecommunications landscape, and our intention and strategy is oriented towards empowering it where possible so as to keep both public and private sectors healthy. As the MoT, we keep track of our increasingly demanding market. At the same time, we accept and embrace the fact that the private sector possesses key advantages such as agility, committed performance, and services through service level agreements (SLAs). In the 2002 Telecommunications Law, the vision is working towards a fully comprehensive PPP by building “Liban Telecom.” We are currently working on bringing it back to the front scene. As you may understand, the current political situation does not help much.

What can be done to nurture talent in the ICT sector in Lebanon and how would you assess Lebanon’s potential to become a regional technology hub?

MIEP is a key project in fostering and nurturing young or mature talents in ICT. The ministry also sponsors and financially supports numerous other projects and initiatives, launched by the private sector.