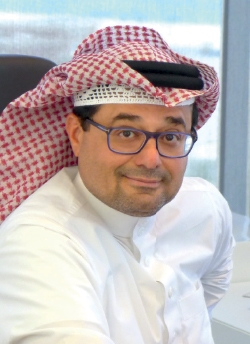 Kamal Pharran is the CEO of Saudi Tabreed. He completed his Bachelor’s of Science in Electrical Engineering, from Florida Institute of Technology and also completed the Thunderbird Executive Management Development Program at Thunderbird School of Global Management in France. He has over 27 years of successful working experience with an excellent track record, while also maintaining close relationship at all levels with a good understanding and knowledge of the structure, policies, and procedures of the market at large.

Share on:
How did you get to the stage of implementing multi-billion-riyal projects across the country? Tabreed started about 15 years ago in Abu Dhabi, and has proven to be an efficient […]

How did you get to the stage of implementing multi-billion-riyal projects across the country?

Tabreed started about 15 years ago in Abu Dhabi, and has proven to be an efficient and reliable utility company. Saudi Arabia is booming economically, we anticipated what the needs were in the Kingdom, and decided in 2005 to launch the District Cooling Schemes Development covering the Kingdom as a whole. We began promoting district cooling, and we succeeded in penetrating through a tough conservative market. The first project was with Saudi Aramco. It was a 32,000-ton district cooling scheme, and we have successfully put the system into operation in August 2012. Our growth strategy is strongly aligned with the Kingdom’s needs and requirements to further optimize energy consumption for cooling systems, which is the major contributor to power consumption. The main focus is on our outsourcing mechanism via long-term BOO/BOOT frameworks for our district cooling schemes throughout the Kingdom, namely for megaprojects. Again, if we talk about what the need is in Saudi Arabia, 70% of the consumption of electricity in Saudi Arabia is due to cooling. If you compare district cooling to conventional air conditioning, we are talking about a 50% saving in electricity. Therefore, by comparing this formula, you will see that district cooling can reduce the electricity consumption of Saudi Arabia by around 50%, which is a huge saving. There are many megaprojects ongoing and infrastructure spending has been a major piece of economic growth.

How are you positioning yourselves to benefit from those trends?

Indeed, the Kingdom’s spending for the past three years was focused on infrastructure more than any time in its modern history, for example in hospitals, schools, universities, government centers, and mixed-use developments. Our role is to promote energy-efficient solutions, namely with the Ministry of Water and Energy and the Ministry of Finance, as both face continuous pressure in meeting new power demands in line with the various developments taking place across the Kingdom, in addition to the budget allocations and tight timelines of implementation for the Ministry of Finance. We do have close collaboration with the various government entities, to streamline the development of megaprojects in an efficient manner and under innovative frameworks, and we are moving forward with the megaprojects. Saudi Tabreed is present in all the megaprojects in Saudi Arabia. For example, we are operating and maintaining two plants (50,000 tons each) in the King Abdullah Financial District.

Why do you think that district cooling is important to the Kingdom’s future?

District cooling is an effective and sustainable key solution for energy optimization in the Kingdom. It’s the heart of its developments and key competency when it comes to energy savings and the proper utilization of allocated budgets for spending and civil expansion. In fact, a mandate was already streamed via the Riyadh City Development Council to adapt district cooling solutions to any of the megaprojects within the city of Riyadh. We expect the district cooling industry to evolve under the same mandate to cover all the cities in the Kingdom, where government entities and real estate developers alike are mandated to introduce district cooling schemes in their current projects as well as futures plans. The collaboration with the Saudi Energy Efficiency Center is, on the other hand, a key factor as we go forward with district cooling implementations and regulations across the Kingdom. Saudi Arabia is a country where six months of the year are extremely hot. Saudi Arabia is really expanding and it is a large country, and in line with that the demand for cooling is really growing. Saudi Arabia is one of the countries with a population that is growing. The government faces many hard challenges to provide sufficient electricity to the Kingdom. District cooling is one of the best solutions for the government and private sector as well, and it is improved technology that will satisfy the demand for cooling, as well as save energy and the environment.