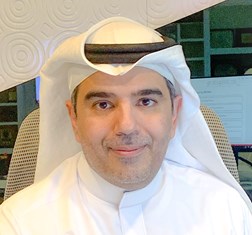 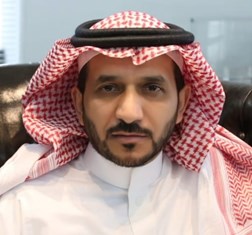 Share on:
Foreseeing local demand is critical to working in a sector whose trends are critically tied to local and international political developments.

Can you tell us about recent developments and your company’s position in the market?

ABDULQADER AL MUBARAK Between 2008 and 2017, steel exports were banned in Saudi Arabia, and when it was lifted after nearly 10 years as part of Vision 2030, it had a major impact on the sector. Initially, the industry had to pay a value-added tax on steel exports, but we discussed this with the government and after a couple of months they removed this requirement. The steel industry was pleased with the government’s collaborative role and the fact that it has been supportive to producers, exporters, and ultimately to growth of the economy. Rajhi Steel Industries was one of the first exporters of steel both to Arab countries and beyond. Over the last two years, Rajhi Steel Industries has seen a change in the market and demand. We have had to react to the new market size and have restructured and resized the company based on this. It is important to be flexible in our operations, follow market trends, and not produce more than it requires. We have flexible systems in place that we have designed so that we are ready to increase or decrease production as demand shifts. When we were out of the global steel market for nearly a decade, the market was fulfilled by existing production and over-capacity elsewhere. Therefore, it was not an easy job for us to re-enter the international market. We succeeded in exporting more than 500 million tons of steel in 2018, which is around 15% of our annual production. The main target markets are Lebanon and GCC countries.

ABDULLAH AL-ZAHRANI Since its early days, SMI’s focus was to increase the added value of its products. Since the late 1980s, the company has adopted a series of back integration projects, starting from metal cutting and machining of all raw castings in the early 1990s to ferrous and non-ferrous castings through building our sand casting and continuous casting foundries in the 2000s. We have continuously invested in the best available technology for our manufacturing industries, including multi-axe computer numerical control machines and fully-automated foundries. In addition to being a well-equipped manufacturing powerhouse, we also invested in building a team of highly trained engineers and cutting-edge design and product development services, including 3D-laser scanning, casting, and machining simulation. The increasing level of in-house manufacturing also meant we invested in building a quality control system capable of providing our customers around the world with a high level of consistency and reliability. The increasing scope of our operations meant we have always paid attention to doing things right the first time. Growing and surviving in global and competitive markets requires a laser-like focus on providing products and services with consistent and improved quality and reliability.

AAM Prior to 2016, local demand for steel was high for government projects. Since 2016, all the important infrastructure projects have been completed, and steel is generally used at the beginning of construction projects. In the two years following 2016, it was a case of finishing up existing infrastructure projects and preparing for new ones under Vision 2030. The first job under Vision 2030 was the huge task of designing the master plan. This preparation work took time, but new projects have now started in 2019, especially housing projects. Today, you will find housing projects all over the Kingdom. There is a huge boom in housing construction. Megaprojects require more time in the planning stage, and we expect to see these big projects start at the end of 2019.

AAZ Given the diverse set of products and services we provide and the different markets we operate in, we design our entry points and distribution networks to suit our customers’ requirements in each market and in different industries. Generally, we are a B2B business, working directly with OEMs such as Saudi Aramco, Saudi Electrical Co., SABIC, Saudi Arabian Railways, and the Military Industries Corporation (MIC) in the local market; however, we also work with EPC contractors and distributors in Saudi, MENA, the US, and European markets.