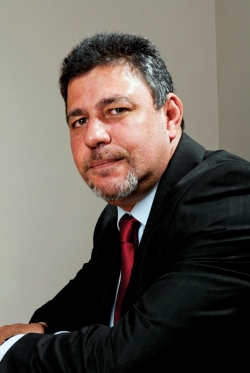 Coal in the Wall

David Eshmade has over 14 years of experience in the natural resources sector. Prior to joining Ncondezi in early 2010 as Country Manager, he held a number of Project Management positions across Africa and has worked for BHP Billiton, Petra Diamonds, and Alexkor. He has also served in the South African National Defense Force as a career officer.

Share on:
What is the company’s strategy in Mozambique? Ncondezi is focused on developing an integrated coal-fired power plant and mine near the town of Tete in Northern Mozambique. The project will […]

What is the company’s strategy in Mozambique?

Ncondezi is focused on developing an integrated coal-fired power plant and mine near the town of Tete in Northern Mozambique. The project will be developed in phases of 300-MW units, with the first phase targeting power generation in 2017. There is a huge requirement for power in the region and in Mozambique in particular, which currently has the highest demand growth in southern Africa. This will be Mozambique’s first coal-fired power station, turning its huge coal resources into energy to power the development of the country and increase electrification, which currently stands at only 20%. Over the long term, the project also has the potential to export thermal coal once the rail and port infrastructure is further developed.

What is the current status of your exploration agreements with the Ministry of Natural Resources (MIREM)?

We are in the process of converting our exploration agreement into a mining license. We completed the mine’s definitive feasibility study in December 2012, which was the culmination of over two years of extensive work evaluating the project and this enabled us to submit our mining application to the MIREM. We are working closely with government on the conversion and, in the meantime, based on the work we completed between 2010 and 2011, we signed a Framework Agreement with MIREM. This agreement provides the framework for mutual cooperation between MIREM and the company in developing the project and is a precursor to the mining license, which will govern the mine’s development, fiscal regime, and operations.

How is Ncondezi tackling the associated challenges of transportation and infrastructure?

Fortunately, the Ncondezi project—an integrated power plant and mine—is not dependent on rail and port infrastructure, which is developing more slowly than the coal industry anticipated. The first phase of our project is 100% focused on meeting current Mozambican demand. The power plant will be located 90 kilometers away from the northern grid, and we plan to use the current spare transmission capacity to supply around 270 MW to meet local demand. The remaining 30 MW will be used for the power station and mine.

“Tete has grown enormously over the past five years, predominantly due to the coking coal projects in the area.”

What level of investment are you expecting, and in what timeframe?

We are looking to make a substantial investment in Mozambique of around $500 million over the next five years as we develop the first 300-MW phase of the integrated power plant and open-pit mine.

Where are you anticipating the finance to come from?

We are talking to a number of potential partners from around the world, such as Asia, Latin America, Europe and, of course, Africa to assist us with the development of this exciting project. These range from international banks to provide debt financing, independent power producers, coal miners, power generation companies, and EPC firms. Power plants are very reliable revenue generators so we are anticipating a higher level of debt financing than a typical mining project.

How have you seen Tete develop since you have been here?

Tete has grown enormously over the past five years, predominantly due to the coking coal projects in the area. There’s been a huge influx of foreign labor and development and it is now a very buzzing and vibrant town.

What are your chief targets for 2013?

Our main objective this year is to progress the regulatory and commercial aspects of the project, such as the mining license, the power framework agreement, and the power purchase agreement. This will then enable us to start work on the detailed engineering and design of the project so we can complete project funding in 2014 and commence construction in 2015 in order to meet our target of power generation in 2017. It is a very exciting time for Ncondezi and we believe we have a great project that will bring real and tangible benefits to the whole country.