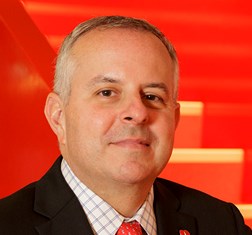 Roberto Mercadé has 22 years of international general management and operational system experience at Coca-Cola. He was General Manager of the South Africa Franchise and Commercial operations. In addition, he led South Africa’s company-owned manufacturing facilities, Coca-Cola Canners, and Valpre Water. Prior to that, served as the General Manager for the Venezuela & Caribbean Franchise Unit. He has a degree in industrial engineering from the Georgia Institute of Technology.

Share on:
Coca-Cola's local bottler is the first industrial facility in the country to source 100% renewable energy.

How has your relocation of regional headquarters to Colombia changed Coca-Cola’s regional operations?

We had several objectives, the first being to be based in our biggest market with the greatest opportunities. Colombia’s time has come, and locating the sector hub in Colombia was in the best interest of our company and its associates. We still have a hub in San José, Costa Rica, and spread the Board of Directors across those two hubs. There is a great talent pool available in Colombia. Meanwhile, Latin America accounts for a third of the company’s global business. Within the totality, it ranks among the top 25 countries in the world, and we intend to make it bigger still. These factors all played a role in our decision to relocate. We saw a steady increase in the volume of sales last year, though we are still on a learning curve as we progress towards becoming a total beverage company. In 2018, the trademark brand grew at a healthy rate, in particular our Sin Azucar, sugar-free variant. We have launched close to 40 products, and also reformulated about 70% of our products. Some worked really well, and others less so. This is the learning aspect, where we listen to the consumer, make quick tests and reformulations, and repackage accordingly. The great World Cup activation last year was fantastic. As a company with over 30 years in the market, we need to be a little anxious, to better learn from the market without holding back. We need to learn and experiment just as start-ups do. With that in mind, my number-one goal for 2019 is to see more empowered associates that feel free to experiment and adapt. With empowered associates comes greater innovation and more differentiation in processes for each aspect of the business.

How is Coca-Cola using new technology to revolutionize its processes?

Our bottler in Panama, Coca-Cola FEMSA, is the first company in the country to have a 100% clean energy supply, an historic milestone for local industry. This action responds to the sustainability and environmental care initiatives proposed by the company in order to promote the growth of the business in a socially responsible way. In 2018, we made a global commitment called World without Waste. We aim to collect and recycle plastic containers equivalent to the amount we produce, which we are well on our way to achieving. We continue to try experimenting with technologies in the recuperation of plastic. We are specifically further ahead in the recyclability of our packages. Our team associated with that is engaged and coming up with new ways to deliver and sell Coca-Cola products, including AdeS, our soy-based beverage, and Frutal, a nectar we launched in 2019. There is considerable work being done leveraging technology.

How is Coca-Cola responding to the changing market demand for new, healthier, products?

What we do best is listen to consumers. They want beverages that taste good and want to have the variety depending on their preference at any given point. And that is what we are doing. We have reformulated our portfolio to lower sugar or sugar-free variants. Many Coca-Cola trademark consumers like the red and may want the original taste Coca-Cola. Even our nectars have a low sugar content. From the get go, new products reflect consumers’ wishes. We want our nectars to mostly have sugars from the juice base, and not added sugars, as well as taste good. The importance of the whole innovation process is that consumers change and look for new variety while maintaining their desire to have something that tastes good. We underwent a new process that prioritized effectiveness. And we have found that when we focus on fewer, bigger, bolder bets, we do better than when we are spread across different efforts that may dilute our energy and investments. A perfect example is the Red Coke No Sugar instead of a Coke Zero. Instead of spending money branding many different brands, we have built one brand, called Coca-Cola with Variants. It is part of being more effective, while at the same time being more efficient because we are marketing one brand instead of three.

What will be the next big, bold bet for Coca-Cola in Panama?

There will be more of a focus on the importance of being there, and on availability and affordability. Sometimes we focus on the more glamorous side of business. However, we have a returnable campaign that we launched this year telling our consumers that buying returnable packages helps their personal economy and the environment. We want to continue doing that. While it may not wow people that much now, it will extend our access to families with an affordable, family-sized product in a returnable, environmentally-friendly package, which is a big deal. We will not stop until that package is seen everywhere. Not only is it good for the environment, but also for Panamanian families that could otherwise ill afford a Coca-Cola.