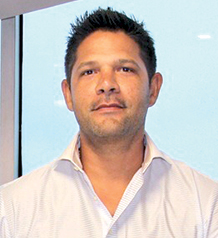 Michel Mittelmeyer has studied mechanical engineering and nautical science, in addition to completing studies at PH International Marine Business Development and Lloyd’s Register. His work experience includes six years at the Bernard Shutter Group and as Manager of the Hanseatic Shipping Company. He has been with Meyer’s Group since 2005.

Share on:
TBY talks to Michel Mittelmeyer, CEO of Meyer's Group, on its marine business, other commercial segments, and construction in Panama City.

How would you rate the performance of the company in 2014?

Meyer’s keeps growing and we are keeping busy. In terms of the maritime division, this year our company brought in another four tug boats, two in the Pacific and two in the Atlantic. Our expectation was to grow by 5% for 2014 and we’re expecting 7% this year.

What impact will the expansion of the Panama Canal have on your core marine business?

We are in the process of purchasing two or three more tug boats because conditions will change. The port requires more power for post-expansion vessels and we expect to have these at the beginning of 2016. This expansion represents a great opportunity for everybody, and we will increase profits and expect to have a good 2016.

Meyer’s Group is a diversified company with several branches operating in several sectors of the national economy. Which one is driving your growth?

Traditionally, the core of our operations is in the marine business. On top of this, we have recently started investing in agriculture, mainly in dairy and agricultural products. We are developing another project, specifically a farm in Chiriqui province. It is under construction right now and there are large investments being made at the fiscal stage of the project. We are receiving support from Banvivienda, a bank that is supporting all of our projects, including the agriculture focused ones. We are working directly with a local farm on the production of pork, which is expanding production with an increase in livestock from 500 to 2,000 heads this year. We are making improvements on the success it has achieved already, and we want to invest and develop this sector in Panama. We view this project, and all of our agricultural projects, as long term. Our strategy is to develop our agriculture projects as this is going to be the most necessary development within Panama. There are still a significant amount of imports and the country is growing every day. There are millions of tourists coming to the country every year who expect good food, but we are still importing these products. The government is starting to restrict imports and is providing more support to the agriculture sector. Agriculture in the country needs to be improved; farms are still using technology from 20 years ago. Now we are bringing in technology and higher quality animals to the agriculture sector and this is the future of the country. The same thing applies to alternative energy and we need to focus more on this in the future as well.

Panama City is growing and many companies are capitalizing on the construction side. How are you supporting the development of this sector?

The construction business is gaining power in the company. Our construction operation has been moving mainly in other areas such as Panama City was not interesting in the past because there were a lot of companies already in the marketplace. We are actually now becoming established in construction in the city as the big players are now moving to other countries. Construction is still growing but it is not like two years ago. There is still a lot of construction inventory on the market as there are a lot of new buildings in the area. Panama City is good enough already on construction, so the growth will be outside of the City in other areas of the country. Chiriquí­ is one of the most interesting developing areas of the country right now. On the infrastructure side, we were involved in the construction of Line 1 of the Metro and we are involved in the new highway to Chiriquí­. We are working to support this operation while we await the plans for the expansion of the metro. We worked with the transportation department on the main construction and fully expect to be involved in Phase II as well.