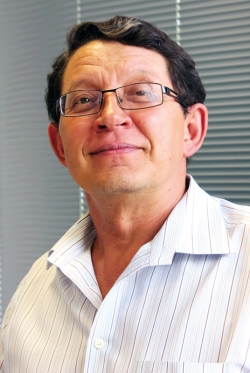 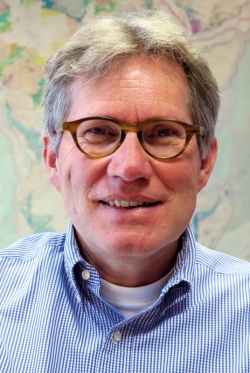 Share on:
How important is Mozambique for your overall operations? EBBIE HAAN Sasol started onshore in the Pande and Temane areas in two blocks. One is the Petroleum Production Agreement (PPA), and […]

How important is Mozambique for your overall operations?

EBBIE HAAN Sasol started onshore in the Pande and Temane areas in two blocks. One is the Petroleum Production Agreement (PPA), and there was a large block around it that was covered by a production sharing agreement (PSA). The PPA represents two fields that were discovered nearly 60 years ago by the prior operators. In those days, the main objective was looking for oil. They didn’t know what to do with gas, because gas requires a specific base-load market. There was no internal market in Mozambique at that stage; it had just come out of a civil war. The key was to link that pipeline to a base-load market. The investment in the pipeline was the nucleus for development. It is like tying water resources to a city; until the pipeline is there, the city is out of water. The initial project was sanctioned for an annual consumption of 120 million gigajoules. That equates to about 300 million standard cubic feet a day of gas production. If this were in one country, it would have been easier. But the main thing is that it had to cross a national border. We have quite a rich inventory of small gas pockets, and it is quite close to the processing plant. In 2012, we also found a small banana-shaped field of an oil rim and gas cap. We put the oil rim through an extended well test that flowed at a steady flow-rate and supported our submission of an Appraisal Report for the potential development of the PSA license area to the Mozambican authorities in November 2012. This is the first oil discovery in Mozambique. This is liquid gold.

HENRI LOUBSER Sasol New Energy was formed to develop sustainable new energy growth opportunities for Sasol to prosper in a carbon- and water-constrained world. Given that purpose, we are developing a third value chain for Sasol, along with its current liquid fuels and chemical value chains, namely a low-carbon electricity value chain. Given that Sasol consumes almost 2 GW of electricity, it makes sense to focus our attention on replacing some, and eventually all, of the electricity that is generated internally with carbon intensive technologies (coal) as well as imports from Eskom, with electricity that is generated from low-carbon sources and thereby offsetting a substantial portion of our carbon emissions. Given the growth in electricity demand in South Africa, the Southern African region, and the connectedness of the Southern African Power Pool (SAPP), it is natural to then also look at neighbouring countries in order to grow our portfolio. In addition, Sasol already has a strategic interest in Mozambique given the gas interests of Sasol Petroleum International. It is therefore a natural extension of our business to also consider electricity generation in that country.

What is the status of the Ressano Garcia project now?

HL The groundbreaking ceremony took place on the Ressano Garcia site on November 29, 2012. The Mozambican Minister of Energy, Salvador Namburete, signed the concession contract on January 29, 2013. Having gone through all the required approvals already, construction has already begun, and we plan to start up the plant—what we call the beneficial operation date—in May 2014. This is a stretched, but not unachievable, target, and we have communicated it as such to our Mozambican partner. In Sasolburg, the plant was producing the first electricity within 16 months of the start of the project. We are working with a technology partner, Wí¤rtsilí¤, that has proven that they can deliver a plant like this within a tight schedule.

Are you looking for international partners for the Sofala block?

EH Onshore, we have Area A, and then there’s Sofala. We just completed a large 3D seismic survey. We acquired 1,600 kilometers of 3D imaging in 2012, and the results looked very encouraging. The block’s previous operators drilled wells and, according to the old data in combination with the new data, it looks like gas may have been discovered. We are very enthusiastic, but we don’t want to do this on a 100% share basis. It goes back to our belief in partnership and leveraging partners to mitigate risk. At the moment, we are brokering a 35% interest in the block via a brokering firm, and the data room is about to open. We are very actively seeking a partner. We will be drilling there in 2014. It is looking very good. It is in shallow water, so you can drill there with a so-called jack-up rig, meaning it is less expensive. Some of the prospects we hope to drill are at the mouth of the river in Beira. It doesn’t get better than that. In 2014, it’s all going to happen.

What plans do you have to ensure there is knowledge transfer to the Mozambicans who will be working on the project?

HL We will be using a similar model as the one we are using in Sasolburg, that is, we will enter into a three-year operation and maintenance agreement with Wí¤rtsilí¤. In that three-year period, Wí¤rtsilí¤ works alongside local employees to transfer its knowledge about the operation and maintenance of the plant with the end goal of having the plant operated exclusively by Mozambicans.

What kind of potential is there for your Mozambican projects to attract some of Sasol’s more diversified portfolio in terms of fertilizers, petrochemicals, and clean energy projects?

EH That is at the heart of our strategy. An LNG plant produces a product that is merely loaded onto a tanker and shipped out. There is no pipeline required. So what does that mean for Mozambicans? In the construction phase there is a bubble of activity, but then once the plant is in operation you create about 500 jobs or so and pay taxes. Our view is to have a more meaningful relationship with our host country; we want to do more in terms of local monetization, like power generation. We are also doing studies on a chemical complex and gas-to-liquid (GTL) plant, one of the mainstays of our technology. We are doing a number of studies, but it needs to make economic sense. I am convinced we can do more in Mozambique than we currently are, and we will, but it must make economic sense.

What role do you envision Mozambique playing in other New Energy ventures?

HL We are investigating various other opportunities in Mozambique. In addition to more gas to electricity projects, possible hydroelectricity opportunities are also being investigated. We also see Mozambique as having potential for the development of biofuels projects. The production of biofuels requires ample water and arable land. Most of Africa is quite dry, but Mozambique has large amounts of arable land and water. This is therefore a business opportunity that we will explore in the long term.