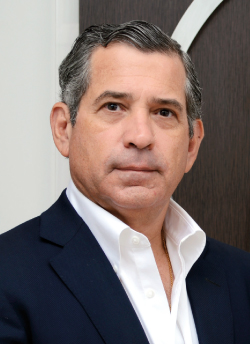 Share on:
"We are presently self-sufficient from a financial point of view, achieving sustainable growth."

What’s the history of McDonald’s in Ecuador?

McDonald’s is largest chain of quick-service hamburger restaurants in the world, serving around 68 million customers a day in 119 countries. Richard and Maurice McDonald started the company in the 1940s in the US as a small barbeque restaurant. In 1948, the McDonald’s brothers restructured their business, focusing on hamburger sandwiches prepared under assembly line principles. In 1955, businessman Ray Kroc joined the company as a franchisee, and eventually bought out the chain from the McDonald’s brothers. Thanks to his business vision, he oversaw McDonald’s development and worldwide expansion. Today, the company has an annual turnover of around $80 billion, China being the fastest growing market. McDonald’s arrived in Ecuador in 1997, many years after entering South America. The company was looking for a local partner and I became personally interested and decided to lead this attractive venture, leaving behind more than 20 years of banking experience. In February 1997, I flew to Caracas, Venezuela, to train at a restaurant for six months. Later, I went to Chicago for further training at the McDonalds Hamburger University. With that experience, we set up our local headquarters in Guayaquil in 1997, our first restaurant opened in Quito in October, and 30 days later we opened in Guayaquil.

How large is the McDonald’s network in Ecuador today, and what growth plans do you have?

Today, we have 21 restaurants: 11 in Guayaquil and 10 in Quito. Additionally, we have five McCafés and 16 dessert stands. Last year, our turnover reached $33 million, and we expect an increase of another $4 to $5 million for 2013. This year, we will open two restaurants in Cuenca, representing an investment budget of around $2 million. Cuenca is one of the fastest-growing markets in Ecuador, thanks in part to the large number of retired people from the US and Europe that have decided to move there in recent years. Along with local interest in the brand, our expectations for this market result are quite positive. According to the company’s data and research, it takes an average of seven to eight years to consolidate operations and start generating a profit in a new country. In Ecuador, we managed to reduce this period to five years thanks to the great determination of our entire team. We are presently self-sufficient from a financial point of view, achieving sustainable growth. It is also important to keep in mind that the consolidation of our operations in Ecuador coincided with an economic crisis, before the adoption of the US dollar as the official currency. There were times when we our future looked very bleak due to the country’s socio-economic instability.

“We are presently self-sufficient from a financial point of view, achieving sustainable growth.”

What other cities in Ecuador are you targeting for expansion in the near future?

McDonald’s has opened a restaurant every year since it entered the country. Ecuador currently has 21 restaurants, Peru has 26, Colombia has over 60, Venezuela has 140, Chile has more than 70, and Argentina over 100. However, many cities in Ecuador do not have a McDonald’s, meaning that there is huge potential for development in this country. There are several cities that could be of interest to us. However, we have to keep in mind that when opening a new restaurant we conduct extensive market and economic research and we analyze the human capital potential. At the moment, we are very much focused on opening in Cuenca. However, I think cities such as Manta, Machala, Ambato, Ibarra, Santo Domingo de los Colorados, and Salinas are very much on our radar for expansion, and hopefully they will be the home of the golden arches in the future. This is already part of our strategic development plan.

What role do local partners play in your activity in Ecuador?

They are an essential part of our activity and we work with companies such as Coca-Cola, Nestlé, and Supan Ecuador. We also have suppliers for vegetables, packaging, sauces, and other products. Over the years, we have managed to work with more national suppliers; however, we still import Russet Burbank potatoes from the US and Canada, as well as meat from Chile. We are also holding talks with a very important local poultry producer. Hopefully, in the next few years, we will not import anything but potatoes. This is very important in terms of generating indirect employment opportunities in Ecuador. McDonald’s selects its suppliers very carefully so that our customers can eat the same product regardless of their location around the world.

What are the particularities of the Ecuadorean market?

McDonald’s entered the Ecuadorean market late in the game; our other competitors were already consolidated in the country when we arrived. However, due to our commitment to this country, our perseverance, and long-term vision, we have been able to become the leading company in this industry.