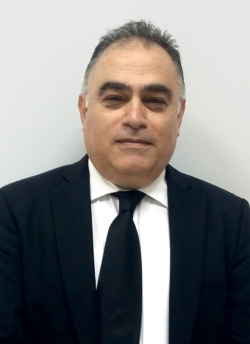 Bring On The Gas

Nasser Hoteit graduated from N. Polytechnic School, HEC-Paris, and the Grenoble Institute of Technology. He has been involved in the energy industry since 1984 and has occupied various positions in both international nuclear, and oil and gas companies. His activities encompass offshore development fields, geosciences, and gas plant development. From 1984 to 1994, He was involved in R&D and offshore engineering for the petroleum industry. Subsequently, from 1994 to 2004, as head of a geosciences department, he was involved in extensive geophysical surveys and exploration drilling programs around the world. From 2004 to 2013, he was the technical authority for the development of gas and LNG plants in several countries. He was appointed as a member of the Lebanese Petroleum Administration in December 2012.

Share on:
What is the current status of the two decrees relating to the delineation of the offshore blocks and the model exploration and production agreement? We are waiting for the Council […]

What is the current status of the two decrees relating to the delineation of the offshore blocks and the model exploration and production agreement?

We are waiting for the Council of Ministers’ approval for the two decrees. One of them relates to block delineation, and the other to the draft exploration and production agreement (EPA). In April 2013, the Council of Ministers formed an inter-ministerial committee. We had questions about the autonomy of the Lebanese Petroleum Administration (LPA) and how it can be improved. Other questions were more technical, mainly about the management of the EPA because we do not have a national petroleum company yet, and about how Lebanese interests can be protected. The LPA’s powers and responsibilities can be improved parallel to the development of the upstream (exploration and production [E&P]) sector. Stopping the current bidding process until more powers are given to the LPA would not be fruitful. Having more autonomy and developing the upstream sector can be done in parallel.

The LPA divided the Lebanese offshore into 10 blocks based on geophysical seismic surveys that covered the whole offshore. We tried to have equivalent blocks in terms of surface area and potential. Then, we took into account the fact that we do not have any oil and gas infrastructure in Lebanon. Upstream companies working in Lebanon will have to make huge investments to build what is required, including all types of facilities. We cannot attract them if the block size is any smaller; bearing in mind that Lebanon is still considered virgin territory in terms of the upstream industry. The average block size in offshore Lebanon is around 1,700 square kilometers, which is less than in the Syrian and Cyprus offshore areas, where it is around 3,000 square kilometers. Once the exploration well results are available from the first round, the LPA will redo its geophysical interpretation for the whole offshore. Then, we might propose smaller blocks for the second bidding round, if we manage to use facilities already developed during the first round.

How many blocks are currently open for bidding?

We have five blocks currently open: two in the north and three in the south. We will decide if we will open more or less in the near future. We believe it is wiser to award a limited number of blocks in the first round.

Is there a strategic plan to draw investment into Lebanon separate from the bidding process and interest by the multinationals?

A strategy will be drawn up once the exploration well results are available and proven discoveries are announced. Our vision for the petroleum sector covers both upstream and the petrochemical industry. For upstream, field development and facilities construction will bring investment. Lebanese SMEs will play a role in covering the upstream value chain: services, catering, logistics, transport, E&P, and construction. They will be encouraged by the preference we are giving to local enterprises. Petroleum companies will be required to subcontract to local enterprises that have the same technical level as their foreign equivalents, even if they are 5% to 10% more expensive. Plus they will be required to hire more than 80% Lebanese. On the other hand, we are studying the possibility of developing LNG facilities to feed the Asian market. Of course, we will require more than 8 tcf to 10 tcf for plants to be built. The petrochemical industry is a significant potential job creator in terms of plastics, fertilizers, and so forth. We are working with the Ministry of Industry to see how petrochemical industries can be developed in the country.

How have you decided on appropriate royalties to be taken?

Our model is a standard production sharing agreement (PSA). Profit is shared between companies and the state, after deducting royalties and capital expenditure (capex). The government take includes royalties, profit sharing, and taxes on company profits. For royalties, we are proposing 4% on gas, as we are in the first bidding round. This value can increase in the second bidding round.

What other kind of infrastructure do you want to see in anticipation of exploration, perhaps in education or other programs?

First of all, a new land use law adapted to the upstream and petrochemical industry will be adopted to establish where petroleum facilities will be installed, including services bases, gas or oil terminals, and processing and petrochemical plants. In higher education, the LPA has done a great job with the universities in terms of awareness. Five universities have opened petroleum-engineering classes with all the specialties covered including geology, geophysics, production, and processing.