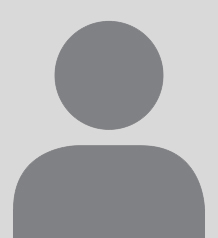 Chairman of the Board of Directors, Kafalat

Dr. Khater Abi Habib holds a BA in economics, an MA in economics and governmental studies, and a PhD in government and social anthropology, all from the University of Manchester. He occupied the positions of Delegated Member of the Board of Directors and then Vice President of the Lebanese Swiss Bank. He is currently the Chairman and General Manager of both the National Institute for the Guarantee of Desposits and Kafalat.

Share on:
TBY talks to Dr. Khater Abi Habib, Chairman of the Board of Directors of Kafalat, on recent performance, supporting SMEs, and goals for the future.

What have been some recent highs and lows for Kafalat?

Our profits had been declining steadily since 2011, and we lost nearly one-third of our business by mid 2015. However, 1Q2016 has seen a moderate pick up and the company has been able to make a profit, albeit less. Kafalat works on a solid base due to its extensive reserves, which give us the opportunity to take risks. Previously, the risks realized were extremely low, ranging between 1% and 1.1%. Lebanon has an old and savvy banking sector that has been through tough times and has always come out victorious, and Kafalat is a source of assurance that customers’ investments will be rendered profitable with an overall equity-to-risk ratio of over 30%. Credibility is still high despite the rise in failures to close to 4% in the last year due to the local and regional crisis.

Kafalat has played a key role in fostering SMEs and start-ups in Lebanon. What factors account for your crucial involvement in the market?

We are a private financial company backed by the support of the National Institute for Guarantee of Deposits that uses part of its equity to participate in the funds we provide to start-ups and SMEs, this is in addition to the 46 commercial banks that are shareholders. Our guarantees are also financially supported by the EU and Banque du Liban, both of which subsidize the investment and the interest rate, allowing start-ups and SMEs to access cheap credit lines. In the past, we have also counted on the support of the World Bank and the Lebanese government. In addition, legislation has been adapted to ease investments from third parties according to their type, their funding limits, and their duration—three factors determined by the law itself.

What is the business model used to strengthen the position of SMEs and startups?

One of our core ideas is to accelerate the process of equity retention, modernize the companies’ structure, and strengthen the processes of governance and transparency; therefore, our beneficiary companies are able to get equity easily and even be listed on any junior stock exchange. Kafalat Innovation has been working successfully since 2006; hence, we keep a close eye on it. We also focus on a co-equity program whereby 50% of the funding would come from us and 50% from the banking sector. This program was originally conceived five years ago and it only took effect on Christmas of 2014 after each party did their due diligence. Now, the program is taking off, and we can provide the applicant companies with seed capital. We have a loan guarantee for energy obtainable for small companies that want to modernize their structure or operations; we grant them guarantees higher than 85% through which they can lock up their equity in their own favor. In the case of ordinary loans, we allow them to go for a mortgage of up to 50% to maintain strictness in the guarantee. We have been able to accommodate different proposals according to their market potential in the four centers we have. In past years, we received several applications from people in Syria who formed partnerships with Lebanese startups and combine their talents to use our guarantees and loans. The complicated situation in Syria has not diminished the entrepreneurial spirit of businesspeople in Damascus or Aleppo who have joined forces with their Lebanese peers and started niche businesses.

Where do you see Kafalat growing in the following years?

We want to double the number of investments in order to raise the stability of our programs, reducing risks and increasing our participation in 50-50 schemes. We see great potential in creative sectors in Lebanon and want to continue fostering them. So far, Kafalat has been a great link between ideas and capital, and we aim for a considerable increase of the success stories we have helped develop over recent years.