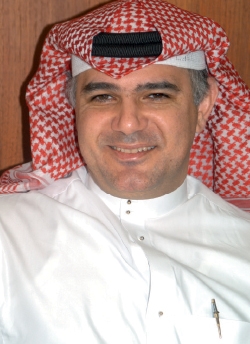 Ali H. Alireza was born in 1961 and received his Bachelor’s degree in Business Administration from the University of Southern California in Los Angeles. He then went on to obtain a Master’s in the same subject from Pepperdine University in Los Angeles. He is currently the Managing Director of Haji Husein Alireza & Co. Ltd., Saudi Arabia’s oldest automobile distributor. As an active member of the business community, he also sits on the boards of various companies and institutions in Saudi Arabia, and is also the Vice-President of the Commerce and Industry Committee at the Jeddah Chamber of Commerce, as well as the Vice-President of the International Relations Committee.

Share on:
How has Haji Husein Alireza & Co. Ltd. developed its business, and what lies ahead? We were established in 1906 as a family company, which we remain to this day. […]

How has Haji Husein Alireza & Co. Ltd. developed its business, and what lies ahead?

We were established in 1906 as a family company, which we remain to this day. We have also been engaged in a diverse range of businesses. In 1926, we entered the automotive sector, becoming one of the first automotive importers on the Arabian Peninsula. The first car we imported was a Fiat, but shortly thereafter we entered into an agreement with Ford to launch its models locally, too. Over the years, we have come to represent numerous brands, such as Nash and Hupmobile. Until the 1970s, we were also present in sectors such as food and building materials; yet, we decided to specialize in the automotive sector. Today, we prefer to offer a variety of brands that address a diversity of needs. We sell German truck-maker MAN, as well as Peugeot, and we have represented Mazda in Saudi Arabia since 1968. In 2012, we signed a partnership with Geely, China’s largest independent auto manufacturer. We represent Aston Martin, which should give you a fuller idea of the scope of our automotive offering. Nonetheless, we shun competing products, so as not to cannibalize our brands. We also purchased an IT company called NATCOM, which is a hardware and solutions provider, 15 years ago. It was established in 1978, and is one of the oldest and most experienced IT companies in Saudi Arabia. We provide IT technology and services for both the public and private sectors. We have other businesses that are related, for example, by offering financing to our customers, which has also given us a foothold in the finance market. The nature of our company means that we have a solid presence in every corner of Saudi Arabia, also owning substantial real estate to support our businesses. Thus, by default, we have also become a real estate developer. In fact, one notices that most family companies in Saudi Arabia tend to be diversified into many different businesses.

In the automobile market, Geely is relatively new. How does the market perceive that brand relative to a more traditional one like Mazda?

The good thing about the Saudi market is that it is open to all the players, as long as they comply with Saudi regulations. This means that a wide variety of car manufacturers are represented here, competing on a level playing field. The good thing about Chinese brands in general is that they are cost effective, and provide the same features as their competition from the US, Japan, and Europe. Local people are becoming attracted to them as they are very well priced. Now, it is up to the vehicles to stand the test of durability and longevity to establish a loyal customer base. We were actually surprised by how quickly the Chinese established a foothold in our market, and I foresee an interesting future for them.

Where do you envisage large family groups in the future once regulatory changes take place to open up the market?

Some of the companies listed on the stock exchange started life as family businesses and have evolved that way. I think that the important point here when talking about regulations is that they have to help companies with modest family beginnings to become contributors to the economy. Regulations should help them take the next step to becoming publicly traded companies because such entities contribute to the economy, not just in terms of GDP, but also employment. In order to secure the future and continuity of these organizations, you need to take them away from the non-business pitfalls of being a family company that have the potential to hinder their progress. We need regulations that encourage and reward these family organizations that are important to the economy to help them transform, firstly to ensure their continuity, and secondly to give opportunities to other investors to contribute to their growth.