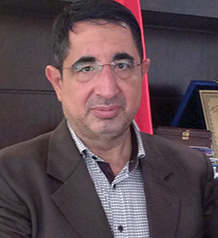 HE Hussein Hajj Hassan is the Lebanese Minister of Industry. He was previously the Minister of Agriculture in the Cabinet of PM Saad Hariri in 2009 and in the Cabinet of Najib Mikati in 2011. Hassan was a member of the Finance and Budget Committee as well as the Parliamentary Committee on Public Works and Transportation. He has been a professor in the faculty of science, medicine, dentistry, and pharmacy at the Lebanese University since 1987 and holds a PhD in molecular biophysical chemistry from the University of Orléans in France.

Share on:
TBY talks to HE Hussein Hajj Hassan, Minister of Industry, on initiatives to stimulate the local industrial sector, tax incentives to boost R&D, and the sectors with the greatest potential.

What actions has the ministry taken to propel the industrial sector and make it a top generator of employment?

For the ministry, 2016 signifies the first year that the 10-year strategy for the development of the industrial sector, Lebanon Industry 2015, was implemented. The aim of this strategy is to implement protection policies to the industrial sector against imported products since production costs here tend to be higher than the actual prices of commercialization, especially when compared to other markets in the region. This plan has included some key industries for local production, from dairy products, poultry, aluminum, paper, and paintings, among many other goods. We also have obstacles in terms of the cost of energy, land, and labor, and the difficulty in competing with mass production from countries much larger than ours. We have also identified some industries that are sensitive to the development of local production, such as cement, generators, electrical transformers, cables, and other resources vital for production, and have launched policies to cover them for the well-being of the nation.

What are the benefits of your subsidy program for sea freight exports and how long do you intend to carry on with this program?

Our exports have suffered a severe hit in numbers since the closure of the Syrian border. Half of our exports used to go by land through Syria, reaching other markets such as Iraq, Jordan, and the Gulf. We launched this maritime exports program to counter the negatives effects accrued by the closure of the border and to enhance our industrialists’ ability to maintain their profits. The two sectors that have benefited the most from this program are industry and agriculture, especially those products that need refrigeration and are time-sensitive. The outcome of this subsidy program was positive and we decided to extend it for another year.

You have actively promoted tax incentives for industrial research. Can you tell us about your expectations in this area?

Industry in Lebanon represents around 8% of GDP, or around USD5 billion. There are great opportunities to grow our industrial capacities since they have been under operating in recent years; however, we need to invest in research before that happens. We are realistic about the size of our economy and we know our R&D will not match that of more developed nations. I have called attention to the need to invest in this field since it has been overlooked throughout our history. I am aware about the complexities and that most people think about survival rather than investing in research, but we need to look to the long term if we want to move away from that survival mode.

What industries hold the biggest potential for the years to come?

There are many industries that look promising at this stage, for instance furniture, plastics, jewelry, fashion, ICT technologies, and of course the oil and gas industry. Some of them are growing at a good pace, while others present many opportunities that have not been exploited yet. We need to assure niche markets for investors and producers before taking these industries further. If they are able to market and export their products, they will be interested in investing and producing more.

What do you foresee for the future of the industrial sector in Lebanon?

I see a sector that is able to create job opportunities. Lebanon needs to create around 40,000 jobs every year, and we are not fulfilling that quota right now. With the industrial cities, the push for exports, and the development of the new and promising sectors in the market, we should reach those numbers soon. We also plan to focus more on agriculture since this has been an underprivileged sector for many decades. The ministry recognizes that this development is not a choice; it is a duty and we are working to achieve that.