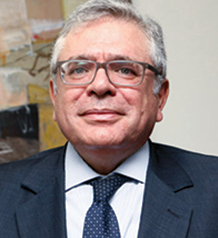 Dr. Fady Gemayel is President of the Association of Lebanese Industrialists (ALI), the highest industrialist body in the private sector in Lebanon. He is presently the Chairman of Gemayel Freres. He is also the Chairman of Société Libanaise de Carton, Lebanon’s major paper recycling mill, Blue Pack SAL, which specializes in brand recognition products, and GEMDOUBS, a paper mill company in Novillars, France. He holds an MS in economics from Texas A&M University and an MA from Georgetown University. He also holds a DEA in commercial science from the University St Esprit Kaslik and a PhD from Université Paris 1 Sorbonne.

Share on:
TBY talks to Dr. Fady Gemayel, President of the Association of Lebanese Industrialists (ALI), on the group's work to promote industrialists, new developments in terms of industrial cities, and the future of industry in the country.

What have been some major contributions by ALI to the sector in 2015?

We have worked with different industries to help them meet international standards and comply with regulations. This is not a primary issue for Lebanese industrialists as they have proven to be completely committed to the best standards. We export goods, particularly in the food industry, to the most demanding markets, including the US and Europe, and we work in line with their requirements. Another issue was the port reorganization by the Ministry of Finance. This has disrupted the flow of incoming goods to some extent; however, we have been able to minimize the damage for concerned industrialists. We have also helped the government play a major role in compensating those export companies affected by the border closure due to the Syrian war. Furthermore, we are cooperating with the government and the central bank on a program to enhance exports through more facilities for working capital for exporters. ALI has also played a significant role in promoting Lebanese industry through visits and delegations abroad. We have a solid base of skilled professionals as well as a network of connections via our diaspora. Lebanon can be a hub for international companies, and we want the international business community to realize that.

What has been the involvement of ALI in the subsidy program to alleviate Lebanese industrial exporters?

We have extensive involvement in this decision, and it has largely alleviated some of the extra costs that hampered our exports globally. We have been telling the relevant government officials that cumulatively our exports have gone down by USD1 billion over the last three years. If the government worked on recapturing this loss by reinvesting even USD50 million, this would allow the Lebanese economy to recover the USD1 billion lost. Lebanon has been carrying the burden of negative external effects that have taken their toll on our economy and ALI is doing everything in its power to contribute to solving these issues.

How will the four industrial cities planned by the Ministry of Industry transform the industrial landscape in the country?

Industrial land is scarce and expensive in Lebanon, so the fact that we have access to industrial cities is by itself a relief and an encouragement for all those who want to set up manufacturing facilities. Most companies also have to set up their own logistics network and this project will allow them to access cheaper land with full services in one single place. We have seen plenty of interest in the project from international organizations that assist Lebanon, and this is a good opportunity to attract some international anchor companies to set up subsidiaries here in key industries to spread the word on the opportunities present for other industries to be based here. For example, if the automotive industry comes here, it will bring with it related manufacturing companies, so this is an exponential investment. This will create clusters where one company will bring its peers to Lebanon, and we are truly excited about this new project.

With all the exciting projects going on here, what do you see for the future of industry in Lebanon?

The Lebanese industry has so far contributed 10-12% of GDP and has created no less than 130,000 jobs. This has been done mostly due to the private sector working on its own despite all the odds. If we give the industrial sector more tools, the possibilities of what we can do are countless. We are excited about realizing our potential, including in terms of more exports as we have a diversified portfolio of high-quality, well-designed products to sell to the world. We are also keen on Lebanon becoming a base for the industrial production of high-tech and value-added products with the current development of the knowledge economy. We look forward to international cooperation between Lebanese industrialists and international groups for the benefit of the whole region.