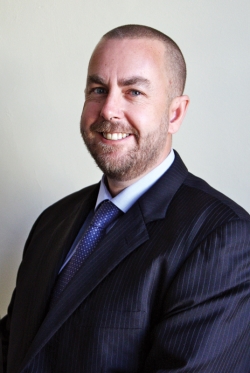 Ben James is a geologist with over 15 years of experience in the exploration and mining industry. Graduating with a degree in Geology from the University of Otago in 1994, he has since held exploration and development roles in a variety of fields, including in his work in the Archaean Greenstone belts of Western Australia, the Proterozoic gold and base metal systems in Zambia, the porphyry gold-copper deposits of the Romanian Carpathians, and the Ordovician orogenic mesothermal gold mineralization on New Zealand’s South Island. He has also worked for various companies including Oceana Gold, RSG Global, Katanga Resources, Hill 50 Gold, and Herald Resources. After joining Baobab Resources as Exploration Manager in 2006, he then went on to become Technical Director in 2008 and assumed the role of Managing Director in 2009.

Share on:
As a UK-based company with Australian offices, how did Baobab Resources begin operations in Mozambique six years ago? Baobab’s founding director, Jon Crowe, has worked around southern Africa since the […]

As a UK-based company with Australian offices, how did Baobab Resources begin operations in Mozambique six years ago?

Baobab’s founding director, Jon Crowe, has worked around southern Africa since the early 1990s. He was first introduced to Mozambique in 2005 and immediately recognized that it was home to the same highly prospective geological terrain that had been successfully explored and exploited in neighboring countries, and yet had received no modern exploration in country. Not too many companies had picked up on Mozambique back then, and this gave Jon a significant first-mover advantage in acquiring a large package of predominantly greenfield exploration ground with which we listed on the London Stock Exchange (LSE) in 2007. Baobab’s initial exploration effort was centered around a decommissioned copper and gold mine in Manica province, where research led to the discovery of roughly 3 million tons at 1.5% copper, open at depth and along strike. At the same time, the technical team was running a program of rapid assessment over the other licenses, with those not meeting certain criteria being dropped. It was during this process that the company recognized the significant iron ore potential immediately adjacent to the mega coal deposits of Tete province. We knew that the iron ore project was a company maker, and Baobab has since focused the bulk of its time and capital on developing the project’s potential. The International Finance Corporation (IFC), a member of the World Bank Group, also recognized the potential and Baobab partnered up with its officials at both the corporate level and project level in 2008. IFC has a 15% participatory interest in the Tete project and is the company’s second largest shareholder after the African Mineral Exploration and Development Fund.

The first drill hole in the Tete project area was collared in March 2009, and the company has since completed some 80,000 meters of drilling that has defined a global resource inventory of 725 million tons of 35% iron ore, half a billion tons of which underlies a very small footprint of just 2.5 square kilometers. Our 2011 scoping study underlined the commercial merits of a vertically integrated mine-mouth smelting operation for added-value pig iron, which fully exploited the project’s unique and strategic access to core iron and steel-making commodities. The company commenced a pre-feasibility study in 2012, which is rapidly nearing completion.

Baobab operates in Mozambique through its wholly owned subsidiary, Capitol Resources lda, with a technical office in Tete and a staff of approximately 60 personnel, of which three are expatriates. I moved to Maputo in order to open the in-country head office and get closer to the action. We still run a four-man office in Perth, which facilitates the corporate administration as well as technical data management. Our consultants are based in southern Africa, Australia, and Europe.

Why is the Tete pig-iron project unique and of national significance?

Pig iron is classified as a raw material that is derived from the intermediate smelting of iron ore, often utilizing low-grade thermal coal. It is used along side scrap iron to generate steel products, and has seen an appreciable strengthening in its market fundamentals over the past decade. With any value-added product, you need to be in the right place, and when it comes to iron and steel production, Tete couldn’t be better positioned. Steel mills are almost invariably on the coast because it is necessary to bring together the key iron and steel making commodities of iron ore, coal, power, and water. In Tete, we are at the strategic confluence of these resources; Baobab’s Tete iron ore project is flanked by some of the largest coal deposits on the planet and is downstream from southern Africa’s largest source of hydroelectric power. This unique geological and geographical setting allows us to add a significant amount of value in country through the development of a vertically integrated mine-mouth pig iron smelting industry. The 725-million-ton resource base is sufficient to underpin not just a world-class operation, but potentially world-first and at first-quartile production costs. The single largest producer of pig iron globally is Tulachermet OJSC in Russia at 2.5 million tons per annum; our pre-feasibility study is examining production scenarios of up to 4 million tons per annum. Baobab anticipates an FOB cost of production of less than $225 per ton. This compares very favorably to the estimated $385-per-ton cost of production in Brazil. One of the key drivers to this very competitive cost of production in Tete is local access to non-export quality thermal coal being produced as a medium-grade byproduct by companies such as Rio Tinto and Vale, which are facing environmental issues for stockpiling it. A staggeringly low average strip ratio, of just 0.4 over the first 10 or more years of mining also helps drive down operating costs. The Tete project will be producing a large vanadium byproduct that will further strengthen revenue streams and open up opportunities for additional refining options. The production of higher-value, higher-demand pig iron mitigates port, rail, and freight requirements. With an iron content of more than 95%, pig iron is one of the most efficient forms, both commercially and environmentally, of moving iron units around the planet.

How do you negotiate the logistics challenge?

Mozambique certainly has infrastructure hurdles that challenge investment. However, these will be overcome. The Tete region, with its potential to corner 20% of the world’s seaborne coking coal market, is emerging as a mining and industrial hub of global significance. We require power, port, and rail allocations for the initial treatment and export of up to 2 million tons of pig iron per annum by 2016, when we are slated to be in production. We are in discussions with CFM about access on the Sena line to Beira and Vale about access on its Nacala Corridor expansion. Beira is not an ideal port for coal producers—its draught prevents the effective loading of Panamax-sized vessels, and Cape-size vessels can get nowhere near the coast—but is ideal for our Handimax vessel requirements. Nacala is eastern Africa’s premier deepwater port and Vale’s 30 million ton per annum railway should be commissioned by 2015. Of the 30 million tons, 12 million will be open to third parties, which is in line with the government’s mandate on third-party access. Access to power is also fundamental to the project’s development. Again, we are talking to both the government and private sector. Ideally we would draw low-cost hydro-power from the Cahora Bassa grid, with plans in place to expand the hydro capacity on the Zambezi River from roughly 2,000 MW to close to 5,000 MW. There should be plenty of availability. Ncondezi, Rio Tinto, and Vale are all looking at thermal power options and we will be negotiating with them on potential off-take structures. The good news is that the Ministry of Natural Resources is very supportive and is backing us in discussions with the other government ministries and para-statal institutions.

Besides Tete, you have three other exciting projects. What are you anticipating over the medium term?

We are eager to begin our Muande magnetite and phosphate project. Muande is a great example of why exploring in Mozambique is key; the deposit is located within 3 kilometers of the international highway and power transmission, within 50 kilometers of the rail head at Moatize, has been the focus of extensive exploration programs conducted in the early 1980s, including some 3,000 meters of drilling and 15 kilometers of trenching, and yet has not been walked over in a quarter of a century. So far, we have earned a 60% stake in the project, and we still have a lot of work ahead to prove up the value. However, the opportunity here is for three product streams: a direct shipping ore (DSO) overburden grading up to 64% iron mined during the pre-strip, followed by the main hard-rock mining and processing operation, which would constitute two product streams. One is a primary high-specification, low-impurity magnetite concentrate for export, and the other a phosphate rock concentrate byproduct that could potentially be sold directly to the local fertilizer industry. The percentage of arable land in Mozambique that is fallow is huge; it could be the breadbasket of southern Africa, and the country has huge export potential. The other commodity we are exploring is calcium carbonate, which is used in cement and clean coal technology.