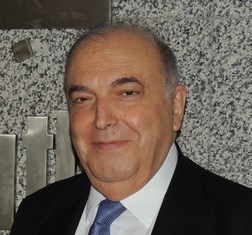 Ghaleb Mahmassani has been the Vice President of the Beirut Stock Exchange (BSE) since September 2009. He first joined the exchange as a non-executive board member and vice president in 1999. He has been an attorney at law and legal counsel since 1962, an international arbitrator since 1976, and a member of the National Committee of the Permanent Court of Arbitration at The Hague. A member of the International Court of Arbitration at the International Chamber of Commerce (ICC) in Paris from 2000-2005, he remains academically and professionally active in the legal and banking sectors. He holds degrees in law and political science from Saint Joseph University, AUB, and the University of Lyon (PhD).

Which companies are high performing in the bourse, and what impact will their performance have on economic growth throughout 2018?

Among the 28 listed instruments on the BSE, the largest gainers were Ciments Blancs and Holcim (Liban) from the industrial sector, followed by BLOM Bank GDRs and BLOM Bank Common shares from the banking sector. It is important to note that during 4Q2017, all Ciments Blancs and Holcim Liban bearer shares were transferred into nominal shares following the issuance of law number 75/2016, which imposed on Lebanese companies the obligation of transferring their bearer shares into nominative shares. This transfer of shares has resulted in an increase in liquidity in these companies and can be attributed to the increase in their share price performance. In 2019, we expect a better performance for most of the listed companies because of positive growth expectations and an easing of some of the pressures from the Syrian conflict.

To what extent should the existing Financial Market Law be modified to accelerate processes such as the privatization of the bourse?

The Financial Market Law does not need modification, at least for the time being, as its articles have been drafted according to the most recent recognized international standards. The slow movement in the privatization of the bourse is due to the bureaucracy that we have in public administration, not due to the law itself. Although the process of privatization is not moving as fast as we need, the Lebanese Council of Ministers approved the formation of the BSE SAL as a joint stock company. It will replace the current BSE, which will be liquidated.