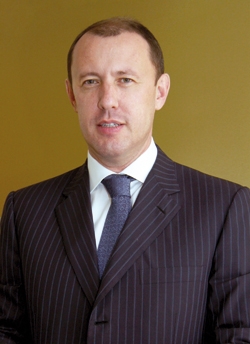 From 1993 to 1995 Jahangir Hajiyev served as Department Head of the Ministry of Foreign Economic Relations. In 1995 he joined the International Bank of Azerbaijan as Chairman of the Credit Committee and Director of Credit and Investments. From 2001 he has served as Chairman of the Board.

Share on:
What have been some of the major accomplishments of the International Bank of Azerbaijan (IBA) over the last year? The last 12 months were special for us not only because […]

What have been some of the major accomplishments of the International Bank of Azerbaijan (IBA) over the last year?

The last 12 months were special for us not only because the bank has made outstanding achievements and strengthened its market position, but also because IBA has marked its 20th anniversary. Over the past two decades, the bank has become the largest financial institution not only in the country, but in the South Caucasus, occupying a strong position in the market. IBA founded a network of subsidiary banks and representations abroad. Today, IBA has more than 1,200 professionals working in 36 branches across the country, serving more than 800,000 individual customers and more than 14,000 corporate clients. Also, the bank’s shareholders have decided to increase its share capital by $127 million, bringing it to $433 million. Plus, in 2012 the bank attracted a $191 million subordinated loan from the Central Bank of Azerbaijan Republic (CBAR) for a period of five years. The special subordinated loan will be counted under Tier I Capital. In 2012, IBA announced the opening of its Islamic window, and the starting up of Islamic banking and finance activities. IBA has attracted a loan of $145 million from Credit Suisse International, which may be considered unique, as in the practice of Azerbaijan, loans of such a volume have not been attracted for a long time.

IBA announced in late 2012 that the total amount of deposits had increased significantly since 2011. To what do you attribute this success?

The total deposit portfolio of IBA has demonstrated growth of 21% over the last 12 months and reached AZN2.71 billion as of October 1, 2012. In the first three quarters of 2011, IBA held 25.6% of Azerbaijan’s banking sector deposits. In the same period of 2012 its share increased to 27%. We continue to observe the growth of this performance, which confirms that people trust IBA. It is precisely this fact that explains why during the financial crisis IBA managed to maintain the growth of the deposit portfolio. Deposits by the population in IBA increased more than twice from October 2009 to October 2012, from AZN508.1 million to AZN1.13 billion. Private customers represent a major area of IBA’s business. The bank has significantly enhanced the volume of services provided to private customers over the past years. For example, our new “Golden Deposit” allows customers to place a deposit in gold, without its physical obtainment. In the future the bank plans not only to continue cooperation with private customers, but also strengthen it.

After overall studies of the domestic banking legislation, a special decision has been passed to offer customers a number of Islamic banking services. Today, Azerbaijan’s Law on Banks allows Islamic banking only for trading operations with precious stones, precious metals, and securities, and uses certain financing instruments. The services offered by IBA are commodity murabaha (transactions with precious metals), mudaraba and vakala (deposit transactions and financial services), ijara (leasing), istisna (construction financing), and qard al-hasan (current accounts). The financial portfolio of the IBA department currently amounts approximately to $60 million. In the first quarter of 2013, IBA is planning to increase its Islamic banking operations. First of all, it will fund SMEs, services, retail, automotive, real estate, and consumer purchases. Special attention is going to be paid to international activities, in particular attracting investments to Azerbaijan and funding export operations to boost exports to foreign markets. The global financial crisis, which started in 2008, put a lot of the world’s banks working on the basis of traditional principles in a very difficult situation. Many banks could not weather the overheating of the credit market and the mortgage crisis. However, banks operating under the principle of Islamic banking have managed to avoid the fate of their conventional peers. IBA is ready to open a subsidiary Islamic bank in Qatar. An Islamic bank in Qatar will become a reference point for Azerbaijani investors to enter markets in the GCC. Prior authorization to establish a fourth category bank in the Qatar Financial Centre has also been received.

What is IBA doing in order to promote the use of plastic cards for payment in Azerbaijan, and what impact will the contract signed with Diners Club have on this?

IBA attaches special importance to the business of banking cards, and carries out projects related to salary, pension, and social cards, which are services used by hundreds of thousands of people. To date, IBA’s card activity represents 37.4% of the entire card market in the country, 30% of all ATMs, and 12.5% of the country’s total point-of-sale (POS) terminals. IBA is a full member of Visa International and MasterCard International and is an exclusive partner of American Express and Diners Club. Acquiring services on Diners Club cards in the local market has its advantages. Today, Azerbaijan is becoming a center of tourism and organizes many international events, involving guests from different countries who are holders of Diners Club cards. Our cooperation with Diners Club will help the country’s visitors to make payments in POS terminals operating in Azerbaijan and withdraw money from ATMs. Also, having a processing company of its own enables the bank to improve its quality of service and develop new products delivered to the holders of international plastic cards.

What are your medium-term plans for IBA?

Notwithstanding progress, IBA also has further plans for strengthening its positions in the financial and credit market. With that end in view, together with PwC, the bank has worked out a plan for its strategic development covering the 2010-2015 period. Also, it is no secret that IBA is the only national credit institution gradually expanding its presence in the global financial space. We don’t want to stop at what has been accomplished, because we are aiming at growth and expansion.