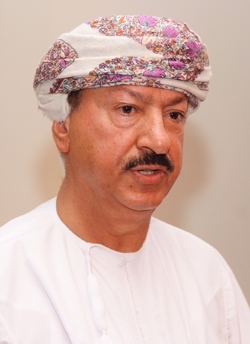 HE Hamood Sangour Al Zadjali is the Executive President of the Central Bank of Oman (CBO). He has a degree in Business Administration from Boston University, and began his professional career in 1963 in the Administration and Personnel Department of the Sultan’s Armed Forces. He moved into the banking sector in 1969, working with the British Bank of the Middle East. In 1975 he became Director of the Oman Currency Board, which was transformed into the CBO later in the year. Between 1978 and 1979 he was the Vice-President of the CBO. After two years studying at Boston University’s School of Management, he returned to Oman and became a Senior Vice-President at the CBO. Between 1985 and 1990 he was General Manager of Oman Housing Bank, briefly then becoming Deputy Executive President of the CBO before being appointed to his current position in 1991.

Share on:
"The Omani banking sector continues to depict optimism and resilience."

How would you evaluate the performance of Oman’s banking sector in 2012?

Overall, 2012 was the best yet for the local banking sector. The banks have been very resilient and well capitalized, far beyond the 12% we specified for our banks and outlined by the Basel committee criteria, which requires a capital adequacy of 8%. Our banking sector is capitalized at between 16% and 20%. The banks have been very profitable, with profits rising by 15.6% in 2012. We expect the banking sector will grow in 2013 and continue to record strong results. The government is spending a lot of money on infrastructure projects, and I believe the banking sector will be the main beneficiary. There is also a growing number of Omanis joining the labor workforce, and many will need personal finance. It is expected that Islamic banks will complement the current conventional banking in promoting growth in the economy, diversifying banking services, and augmenting financial inclusion. I am very optimistic that the banking system will do better in 2013. The non-performing loan (NPL) ratio is very low, at around 2%. The economy is growing, driven by project finance, and the banking sector will grow with it.

How does the trend of rapidly rising aggregate deposits in the banking sector reflect the health of the industry?

Commercial bank deposits and credit registered significant growth over the year, as the banking system engaged in its financial intermediation role. Aggregate deposits held with commercial banks increased from OMR8.67 billion in 2008 to OMR12.57 billion in 2011, and further to OMR14.17 billion at the end of 2012. Private sector deposits, which accounted for 64% of total deposits, rose by 12.3% during 2012. In private sector deposits, the growth was broad based with savings, demand, and time deposits increasing by 17.2%, 13.3% and 7.4%, respectively. With government expenditure playing a significant role in overall GDP growth, the deposit growth in the banking sector is expected to remain buoyant.

“The Omani banking sector continues to depict optimism and resilience.”

What initiatives does the Central Bank of Oman (CBO) have to promote awareness of Islamic finance options?

We started an Islamic banking awareness campaign in May 2011, when we got directives from the government that Islamic banking was to be introduced in the country. Since then, we started a campaign to talk to the press and hold conferences and seminars as well as training sessions for our staff and the banking community to teach this new concept. Islamic banking is well spread globally, but it is new for Oman, and we have been working very hard on all fronts to educate people. We are the regulator, but when it comes to marketing, it is down to the banks themselves to sell their products. We will have six windows and two full-fledged banks by the end of 2013. We feel this number is sufficient to cover the demand for Islamic banking in the country and to promote awareness. Awareness will spread when people do the banking themselves. They will visit the banks and the windows, learning exactly which products are being marketed.

What share of the market do you expect Islamic finance to capture in coming years?

I expect it to be between 10% and 15%, which is a good percentage. The balance sheets of the banks will also grow in line with these figures at 15%-20%. Two new local banks, Bank Nizwa and alizz Islamic Bank, have been granted approval, with the former commencing operations in December 2012, and the latter expects to commence business in 3Q2013. Almost all local banks have demonstrated interest in establishing windows for Islamic banking, with four of them already operational. Oman offers a large potential for the growth of Islamic banking, opening up new segments and players both from local banks and investors from abroad, thus providing opportunities for new foreign investments. The banks are optimistic that they will be in a position to significantly increase business and this will be positive for the economy as a whole. Islamic banking is expected to complement conventional banking in promoting development in the economy. In a competitive environment, the borrowers should get the benefit of choosing between both conventional and Islamic banking products. Innovative, asset-based financing such as sukuk provide immense opportunities. This will enhance product diversification in the banking system.

What opportunities does the strength of Oman’s macroeconomic indicators provide for encouraging FDI?

The government offers many incentives for FDI. It is spending on developing infrastructure and free zone industrial areas. There is political stability in the country, the economy is growing, and we have oil and gas. All of our investment rules, regulations, and laws are tailored to attract foreign investment to the country. The government gives tax exemptions on important projects for five years, and these are extendable to up to 10 years. We have no personal income tax here, and no restrictions on the inflow or outflow of capital. We have a currency that is pegged to the US dollar, so we have no foreign currency exchange risk. All of this will attract FDI. To date, we have achieved good results. We are building new ports and airports, as well as our Duqm project, which will be the future for Oman. It will be the gateway for all of the Middle East and the GCC. I am very positive and optimistic that we will be getting more and more FDI into our country. With all of this FDI, the infrastructure megaprojects, and the development of our tourism industry, I believe we will be able to meet the challenge of providing employment opportunities for Oman’s population.

It is misleading to suggest that a hydrocarbons-based economy such as Oman cannot be affected by oil price volatility. As a matter of policy, the Sultanate takes a number of precautionary measures and builds safeguards in the form of reserve funds that have proven to be effective in fending off adverse effects on the economy during times of low crude oil prices. More importantly, the government uses conservative crude oil price assumption as part of its budget buildup, which has resulted in overall fiscal surpluses in recent years. The realized fiscal surpluses are often transferred to various reserve funds or used to finance the subsequent year’s budget. As a developing economy that enjoys a strong fiscal position, it is only natural for the Sultanate’s government to pursue an expansionary fiscal policy that is geared toward developing new infrastructure and modernizing the existing setup. Failure to use government revenues for this endeavor would constitute a lost opportunity, in particular given the importance of infrastructure in both domestic and foreign investments and promoting overall economic growth.

What initiatives does the CBO have to promote the SME sector in Oman?

The Sultanate’s government is fully aware of the need to develop the SME sector as part of its integral economy. In recent years, it has taken a number of measures to develop the required infrastructure and devise the necessary policies. The strategic importance of SMEs in the government’s plans is captured by an array of initiatives to promote, sustain, and make this sector competitive. The objective is to develop the sector in a manner that provides more job opportunities besides expanding it as an important source of income for startups and existing entrepreneurs. As far as the CBO is concerned, we encourage the banking sector to lend to the SME sector. Recently, it has been announced that banks should allocate 5% of their total credit to SMEs, and this target should be achieved by December 2014.

What is the CBO’s vision for the future of the local banking sector?

The Omani banking sector continues to depict optimism and resilience, consistent with the sustained growth of the real economy. The banking system remains sound due to the appropriate regulatory and supervisory policies adopted by the CBO. Oman’s banking sector comprises 16 commercial banks, two specialized banks, and one operational fully fledged Islamic bank. Healthy competition among banks strengthens the financial system and benefits the population at large with a larger reach in terms of technology, products, and services. The future of Oman’s banking system remains promising given the pace of economic diversification and the role of the private sector in that process. 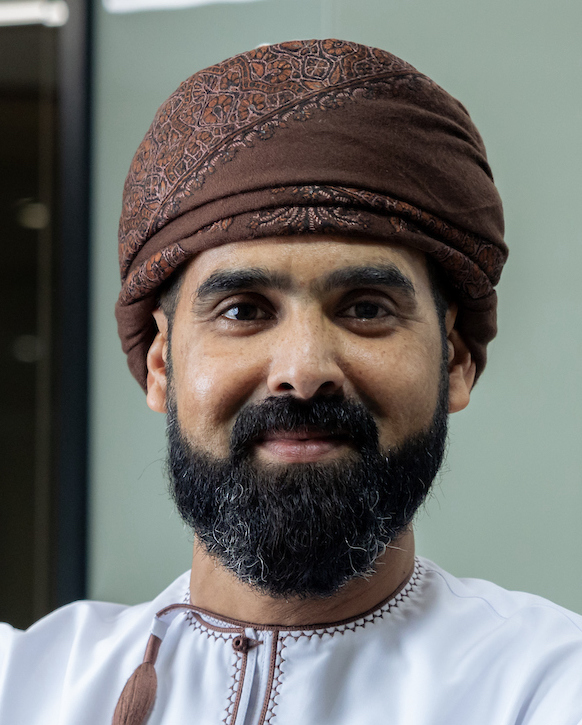