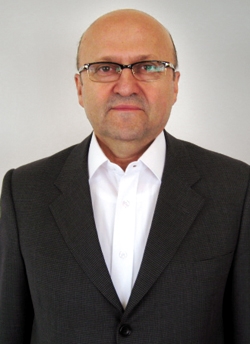 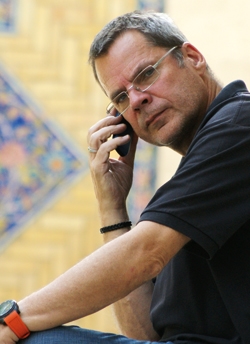 Share on:
What factors led the company to invest in Iran? OSMAN AKSOY The relationship between Hayat Holding and Iran started many years ago. One of the companies in the holding, Kastamonu […]

What factors led the company to invest in Iran?

OSMAN AKSOY The relationship between Hayat Holding and Iran started many years ago. One of the companies in the holding, Kastamonu Integrated Wood Industry, has exported its products for around 15 years to Iran. Kastamonu Integrated is the sector leader in Turkey and a well-known brand in Iran as well. Due to this strong relationship, the decision to invest was made. There are very deep cultural connections between Iran and Turkey. Iran enjoys stable management with a population approaching 75 million. There is a visa exemption between the two countries, and this provides a level of trade that has continued to increase. Eventually, the holding decided to invest in Iran via Hayat Chemicals, which is also present in Algeria, Bulgaria, and Ukraine. It produces cleaning products under the Bingo brand, the hygiene products Molfix and Molped, and the Papia, Familia, and Teno cleaning products. Pars Hayat was established in two phases. The first phase of the investment was completed at Abhar in Zanjan Province in 2011. We started the production and sale of diapers under the Molfix brand and hygienic pads under the Molped brand. Currently, we have a significant share of the Iranian market. The second phase of the investment has started and is focused on tissue paper.

JAN WAGENSVELD Danone has been looking at Iran since 2005 or 2006. Eventually, Danone struck a deal with a local partner with whom it set up a joint venture in August 2008. Basically, the facilities were already there, as the partner had already built the factory in Mashhad a couple of years earlier. Around that time, it started its own business producing milk powder for babies and adults. Various companies began looking at this plant in order to enter the Iranian market because of the country’s high population, which sees the birth of around 1.5 million babies every year. It is one of the most populous countries in the region, and so there was a real long-term strategic intent from the side of Danone to make an entry into this market. There are actually four Danone divisions here in Iran, including water, dairy, and medical nutrition. Danone signed the deal in August 2008 with the local partner, forming the new company called Nutricia-MMP. MMP stands for Mashhad Milk Powder Industry. Its first product was launched in April 2009, while the long-term goal is to achieve profitability through targeted investment. We are marketing two global Danone brands here: Bebelac and Aptamil.

What innovations have you introduced to the Iranian market?

OA We use the highest technology in the hygiene sector. We utilize the most modern machinery and produce the most modern products. We pay high importance to this matter in Turkey, too. We highly appreciate innovation and are always ready to invest. When people wanted to save money for the future, they used to do it “under the pillow.” Now, that money is spent on new investments. We also invest in increasing capacity.

JW Bebelac is, from a product point of view, innovative in its category. One of the key problems with babies is digestive issues. This is always a concern, especially in their first year. They can also suffer stomach problems, and that can result in colic pains, regurgitation, and so on. We have a specialized product for regurgitation, for example, called Bebelac AR (Anti-Regurgitation). Digestive problems, like constipation, are also among the main concerns of mothers. In order to help mothers, we have specialized products in the digestive area under the Bebelac platform. Aptamil is more about increasing a baby’s immunity level, which is basically built up during the first five years of life. That is when you become strong and are able to resist bacteria and overcome certain illnesses. Aptamil’s specialized product range focuses on things like allergies. Many babies have allergies, and we have a number of specialized products under the Aptamil umbrella to address this area. Rather than bringing out just another general type of infant formula, we came up with a number of specialty products, in addition to our regular product lines. We have some very specialized products for babies that have problems, either in the area of digestion or in the area of allergy and immunity. However, when the baby is normal and healthy, then it does not need these products. For these babies, we also have the normal range, which are staged according to age. There is one from 0-6 months, one from 6-12, and one from one year to two years. We even have one called “Bebejunior,” for infants above two years of age.