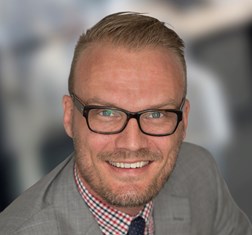 Frederik Zeuthen is the Regional Director — Latin America for IFU, the Danish development finance institution. Zeuthen is an experienced manager and board director, with years of experience in the private equity development financing industry and extensive hands-on experience in Latin American specialty agro-industry projects in coffee, cocoa, and cattle production. He is currently a board member of Danper La Venturosa (Peru), Danper Olmos (Peru), Pedregal Power Plant (Panama), Gustu Restaurante (Bolivia), and CAFÉ NOR (Nicaragua). He has a Ms.Sc. from University of Roskilde and completed graduate and post-graduate courses at Universidad de Buenos Aires, Copenhagen Business School, Henley Business School, and Harvard Law School.

Share on:
IFU has been working on a range of projects across Latin America over the years, and moving forward its focus is on projects with a positive social, economic, and environmental impact.

What have been the main highlights of the company in Latin America?

The biggest highlight for us has been the launch of our first large renewable investment in Brazil, adding 89MW of solar power. That was an important step for the company’s decision to undertake larger renewable projects in Latin America. We have invested in agribusiness projects in various countries, and we are investing in an infrastructure fund for Peru, Chile, and Colombia to construct railroads, water filtration plants, and highways. All that is quite positive because such projects extend our presence in the region. We also have a large investment in the port of Callao in Lima and have done other infrastructure-related investments as well. Looking into the future, some of the interesting projects that we have in the pipeline include an expansion of the solar PV project in Brazil and a major microfinancing investment in Bolivia. These are financially attractive investments with a positive social and environmental impact, which is the overall target for our investments. Going forward, on a broader scale, we are advancing into microfinancing, financial institutions, agroindustry, and renewables, as well as construction and infrastructure.

Why did you come to Panama?

Pedregal Power Plant is a 20-year-old project. We established this company with our partners several years ago when the energy infrastructure in Panama was still in its early days. At present, there is a lot of competition and foreign investment, but 20 years ago the country was considered to be high risk for many funds. Back then, IFU and other investors saw the potential and risks of the Panamanian market. Today, we are completely changing our portfolio of investments to bring renewable energy to the forefront. Two decades ago, Pedregal Power Plant was quite important for Panama City’s energy baseload. Moving toward the future, the best opportunities and most sensible investments are in renewable energies like solar or wind power.

What is the current state of the energy sector in Panama?

The structure of the energy market meant the government had to offer power purchasing agreements (PPA) to the new large LNG projects, as well as a coal-based plant. These plants will more than just cover the consumption in the coming years. So, in order to make space for wind and solar energy in Panama, consumption has to grow considerably, which we do not foresee in the near future.

What’s the strategy to create and develop these projects?

The fortunate thing about renewable energy becoming economically viable is that it makes it possible to think of off-the-grid initiatives such as solar. Hydropower has a lot of importance in Panama and Colombia, but it has some problems, too. Water is becoming increasingly scarce in recent years due to climate change. This can make space for more wind and solar projects, including small 10-20MW projects. Such small-scale projects might not be what larger funds and companies are looking for, but we are happy to undertake them.

What’s your strategy to bring more investment into your portfolio? What are your goals in Latam for 2019?

We are aiming to invest USD65 million in three to four commercially viable projects with a positive social, economic, and environmental impact. These investments could be in any Latin American country, from Mexico to Peru. We are going to knock on doors and explain to peers and entrepreneurs who we are and what we do through local and international investment bankers, trade fairs, conferences, and personal meetings. Also, we will further initiate talks with European funds and companies who have been active in Latin America for years.