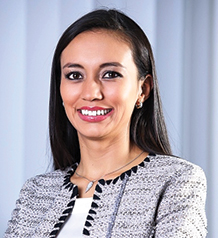 All You Need Is Ecuador

Sandra Naranjo holds a Bachelor’s degree in Economics, a Master’s degree in Public Administration and International Development from the Kennedy School of Government of Harvard University, and a graduate diploma in Design, Management and Evaluation of Development Projects from the Latin American Faculty of Social Science (Flasco). Before joining the Ministry of Tourism, Sandra Naranjo worked very closely with President Correa as General Coordinator of Management Control in Presidential Commitments. She also worked in Bali, Indonesia, where she undertook a socio-economic study for the World Bank.

Share on:
TBY talks to Sandra Naranjo, Minister of Tourism, on ecotourism, advertising at the Super Bowl, and Ecuador's partnership with National Geographic.

How did the partnership with National Geographic in the World Legacy Award emerge?

We are pleased with this partnership, and the reason we decided to partner with National Geographic for the award was that we share the same vision and values regarding sustainability. We have a progressive perspective on tourism and sustainability, and we approach this by recognizing that sustainability and profitability are not mutually exclusive. We decided to partner the publication for the first time this year and were the first recipients of the award. It is a promising development for tourism in Ecuador. We were also delighted that the Ecuadorian company Tropic Journeys was recognized for their involvement as well.

How do you evaluate Ecuador’s current position in terms of ecotourism?

Today is a great moment for Ecuador, especially as the government is recognizing its role in the social and economic development of the country. Ecotourism is increasingly being perceived as an important source of jobs and income. It is also important for the value chain, especially considering the size of the country. According to the World Economic Forum, Ecuador is among the 25% of countries who have the highest growth potential in tourism, due to its natural and cultural characteristics. Ecotourism is one of our greatest sources of potential because of the sheer beauty of the country. It is also a major responsibility because tourism is a long-term undertaking, and we understand that we want to increase not only the quantity of tourists, but also the quality and length of their stay here. Our goal, after all, is to generate revenue for the country.

Have you seen any direct results from the “All you need is Ecuador” campaign so far?

We are very pleased because the campaign shows how much tourism has advanced in the country. It was launched last year, and we decided to sustain the promotion activities because of its success. We have already noticed consumers starting to recognize the “All You Need is Ecuador” campaign. Last year we ran a spot during the Super Bowl, broadcasting a 30-second edition of our three-minute commercial, which proved highly positive, doubling our social media impact. Currently, we are measuring the impact in terms of the free press we are receiving. If we had not advertised during the Super Bowl, we would not have appeared in places such as Bloomberg, the Wall Street Journal, or the New York Times. Everyone was talking about Ecuador because it was the first country to broadcast during the Super Bowl. We expect to see an increase in visitors this summer, which is the high season for the market. On May 14th, Ecuador launched the second phase of “All You Need Is Ecuador” campaign, an effort that continues the legacy of the first-ever foreign-sponsored Super Bowl ad. We committed $9 million of a $28 million global budget to an integrated marketing campaign in the US, including TV, print, online, and public events in New York, Massachusetts, Connecticut, Florida, and California. The message is that Ecuador, with its plethora of topographies, people, climates, and experiences all packed into a small geographic cornucopia (you can visit the Amazon, the Andes, the coast and, conceivably, the Galápagos islands in one day). As a result of these actions, Jet Blue, a low-cost airline, announced its intention to serve the route Fort Lauderdale-Quito-Fort Lauderdale. American Airlines has noticed rising demand for flights to Ecuador and is changing one of its planes for a larger one on its Miami-Quito-Miami route.