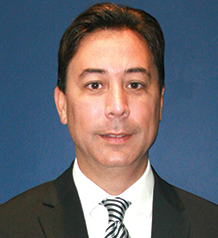 HE Melitón Arrocha received his degree in Law and Political Science at the Universidad Santa Maria La Antigua, and went on to complete Master’s degrees in law and international business at the American University and Georgetown University respectively. He has served as Chief Legal Counsel of the Department of Consular and Maritime Affairs of the former Ministry of Finance and Treasury and Deputy Minister of the Presidency and Deputy Minister of Foreign Trade. He has also held the positions of Secretary of the Bolivarian Society, member of the Inter-American Bar Association, the Foreign Lawyers Forum, and Vice President of the Association of Law Students of the University Santa Maria La Antigua.

Share on:
TBY talks to HE Melitón Arrocha, Minister of Industry and Trade, on the Summit of the Americas, Colón Free Zone, and the expansion of the canal.

Hosting the 2015 Summit of the Americas enabled Panama to gather the global community to discuss regional development prospects. What gains has hosting given industry?

The summit was an important marketing tool to promote the countries global diplomatic image. Panama is keen to build stronger diplomatic relations with its neighbors, a recent success being Panama’s role as a mediator in the peace talks between Cuba and the US. The summit hosted a wide-range of stakeholders, including those beyond the political sphere, such as the business community, represented by the most influential business people of the region. The summit was an opportunity to showcase the logistical prowess and liberal regulatory framework of the state to industry. This includes the Panama Canal, the safe FDI environment and a substantial number of free trade agreements including with the US and EU. At the summit, US President Obama and President Varela were witnesses in the signing of a $6 billion agreement between Copa and Boeing for the purchase of new planes. Commercial airlines in Panama travel to over 140 destinations on a weekly basis. Panama City, due to its geo-strategic location, has the capacity to be the most inter-connected city in Latin America.

Colón Free Zone represents Panama’s main export and re-export hub. What is the importance of this free zone to the national economy?

The geo-strategic centrality of Colón Free Zone is important with regard to logistical services. In 2014, $14 billion of cargo moved in and out of the country were re-exports from the free zone. MNCs, such as P&G, have been utilizing the facilities in Colon Colón for their Latin American distribution operations.

China, Singapore, US, Belgium, and UK are the main importing countries for Panama. Which other countries are you targeting?

Our target is to double our exports in the next five years. We have a copper mine project in the pipeline worth $6 billion, and this is attracting FDI. Once the plant is in operation we are expecting the total exports of copper from Panama to be around $2 billion. Our investment agency, Proinvex, focuses mainly on South America, especially Colombia and Venezuela. Our European market also consists of the Netherlands, Germany and Spain, where we are hoping to expand. Our US focus is MNCs. Proinvex will be hosting PR events in Washington and New York, and is also planning on hosting events in other US centers.

The current expansion of the Canal will be successfully concluded in 2016. How will this project stimulate the growth of commercial activities in Panama?

The Panama Canal was taken over by the Panamanian government on December 31, 1999. Prior to that, it was operated by the US government. Since we have taken over control, we have continually invested in the canal, and our latest expansion efforts it is hoped will enable millions of barrels of gas to pass through Panama. This will enable Panama to become a regional energy hub. We are also investing in a third set of locks, which will create additional maritime routes. Agricultural cycles are different in the southern part of the hemisphere to the northern part, they are seasonally opposite. Companies with agri-industrial facilities have to plant on each side of the equator. We are hoping that our canal expansion plans will improve the infrastructure available to agri-business.

What are the ambitions, priorities and goals that you hope to achieve?

We expect the growth rate to remain at around 6-7%, far above the regional average of 6%. We are growing 10 times faster than the regional average rate. The current level of unemployment in Panama is around 5.2%. The level of inflation is just under 2.6%. Our investment package is worth over $20 billion for the next five years. Our largest government investment initiative for this year is worth around $5 billion. According to the World Economic Forum, Panama is one of the most economically competitive countries globally. We are working closely in partnership with MNCs in order to create favorable conditions for manufacturing, to diversify our economic activities.